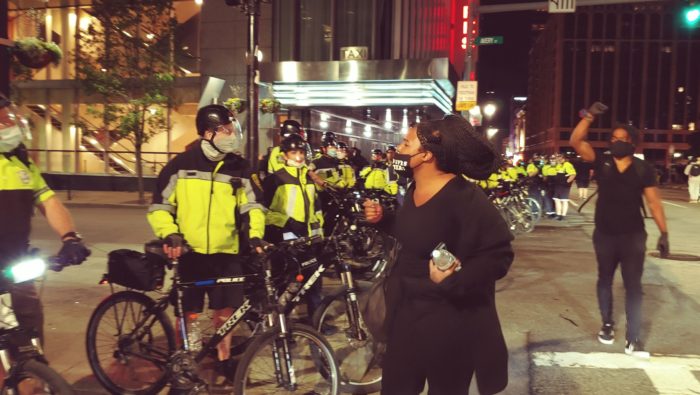 Police officers have performed their jobs with a flawed interpretation that they are above the law due to protected immunity. The system is broken.

The verdict that led to the conviction of Derek Chauvin in the murder of George Floyd last month was a wakeup call and a vindication for the nation on a small level. Yet, as a professional in the healthcare sector, more needs to be done, especially as it relates to healthcare, racial trauma and improper policing.

The George Floyd Justice in Policing Act now before Congress is only a start. For instance ,this bill would:

If this bill is enacted into law, it will limit and prevent racial profiling by law enforcement. It will create uniform accreditation standards across the board nationally.

This bill is relevant to nursing and police reform. Nurses have many skill sets but have  especially mastered the skills of assessment and advocacy. The issue of Mr. Floyd being under the influence of substances does not give an open writ for murder in plain view.

The George Floyd Justice in Policing Act of 2021 is one of the most important bills in United States history related to police brutality and accountability. It is a start to addressing racism and trauma. It hits on the core of social determinants of what it is like to be Black in America. Police officers who have been found to violate the police department’s policies and protocols must be held accountable.

There must be law and order in a world of complexity. However, to be Black in America is symbolic of atrocities that are truly misunderstood. Blacks have suffered in many ways. They are a race of people who have been exported from Africa and placed about everywhere around the globe over the last four hundred years.

To be Black in America is to not be safe even in your bed, evidenced by the killing of Breonna Taylor as she was murdered by the police. There is no national policy on no-knock warrants. The emotional trauma of being Black in America is riveting. It is comparable to an ongoing immoral war on Black people. To have an interaction with a police officer if Black puts the feeling of impending doom upon you. The emotional and mental trauma leaves one wondering if you will be dead, alive, or severely brutalized.

There is no competency test that protects us from racist police. The dynamic of the good old boys’ theory is well known.

Recommendations that could prevent the deaths of Blacks and other diverse populations and the mental trauma associated with how Blacks interact with law enforcement across the nation.

To be Black in America is not self-limiting. As in the case of Mr. Floyd, if the police were following their protocols. However, the reality was. Mr. Floyd is an endangered species. Candidly, that is an extremely dangerous classification in America, whether that is acknowledged or not. Here is why. When you’re Black, stereotypes, systemic and structural   racism brings about damaging reactions that can lead to death.

Police officers are to uphold the law and fact find. Their jobs are not to employ improper practices that give them autonomy to adjudicate the law in the streets. Nor does it give them the right to kill and demean in many cases. Police officers have performed their jobs with a flawed interpretation that they are above the law due to protected immunity. The system is broken.

Mr. Floyd stated over and over, “I CAN’T BREATHE.” It can be argued that if a clinical nurse was present and trained, it could trigger care first and attention to the alleged crime after. Floyd was not given due medical or legal process. He was not offered the opportunity to defend himself, which is a basic component of the United States Constitution.

The state of Blackness presents us all with a crisis to consider. Being Black, no matter education or socio-economic status, gives the feeling of what could happen in any encounter with the police? That is a scary reality that’s constantly lurking. Tricia Thomas is a Registered nurse in Massachusetts with over two decades of nursing, clinical management, pharmaceutical medical affairs, administration, and civic engagement background. In dedication to all my sisters on the front line!