“I’ve been in manufacturing my whole life and I’ve always wanted to have a little factory.”

Ten years into the artisanal chocolate business, and these married shop owners aren’t looking back.

It took a leap of faith for David and Pam Griffin to ditch their established corporate career paths in engineering and management, respectively, to venture into chocolate manufacturing, but a decade into their adventure, the 35-year couple is confident they made the right choice.

Located in Framingham since 2012 and originally closer to Boston in Dedham, the Griffins have cemented themselves as world-class distributors despite having no prior experience in the industry.

“I went from making gears to making truffles,” David jokes. Not that the Griffins were strangers to small business ownership. Previously, for eight years they co-owned a coffee shop in Chicago, but had that grassroots operation crushed by a Starbucks, irrevocably altering their professional lives.

It’s a familiar story, from Illinois to Mass, of corporate giants swooping in to devour local rivals. But the Griffins’ rebound has been unique and worthy of recognition, with the pair then going from local, to corporate, and now back to local.

While Pam left a 17-year stint in retail and store management behind to start Chocolate Therapy, as a former president of an industrial automation engineering company, David’s venture into sweets seems more out of left field. But as random as such a pivot may appear on the surface, he says the recurring theme of industry is what led him from one field to the next.

“I’ve been in manufacturing my whole life and I’ve always wanted to have a little factory,” David says. He adds that it was a chance meeting with the owner of a successful chocolate franchise, rather than dreams of becoming the next Willy Wonka, that bolstered his interest in the field.

Following said initial spark, David took a six-week crash course at Cambridge School of Culinary Arts to learn how chocolate is made. There, he eventually gained enough confidence to manufacture products for the public. Pam was on board, and says they feel like they were in the right place at the right time.

“I have found Massachusetts to be the most locally supportive place I’ve been,” she says after 16 years of living here. Beyond friendly neighbors, the team from Chocolate Therapy has also benefited from some national exposure. Last year, a major appearance on Good Morning America gave an additional boost to online business, which was already up through the pandemic.

Although the overall number of weekly orders they’ve received has increased exponentially since GMA, their humble staff of 10 has not. To make up for it, at times they’ve had to limit online options. For hardcore chocolate lovers, though, they also offer virtual tastings, which include a wider assortment of treats handpicked by David and Pam.

Of course, those in the area can always stop by in person and purchase chocolate bark, caramels, special coffees, or exotic truffles including their Sweet Potato Pie option. They won’t break your bank either, as many are available for less than $3. It’s well worth the trip. The week leading up to Valentine’s Day is sure to be totally nuts, but at Chocolate Therapy, every day is basically V-Day, so there’s no rush. 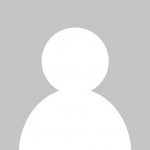