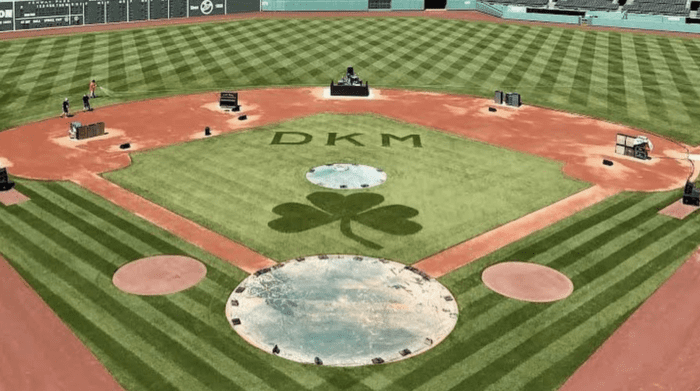 “It’s interesting to think about what will happen moving forward. Nothing will ever replace a bunch of bodies being in a room sharing the same experience.”

Things are slowly reopening in this COVID-19 world, but that hasn’t stopped people from arguing about it. Yes, there are the Karens and the Chads of the world who are upset that they can’t get a haircut or go shopping without wearing a mask, but I’m not gonna focus on those people since there are also plenty of folks who are concerned about the health of others.

Now, where does this reopening leave live music?

Various political leaders are saying that we won’t be able to see anything close to a typical concert for another six to eight months, which is scary. And in related news, there is a petition created by the National Independent Venue Association that’s going around demanding that public officials work to assist our beloved music venues; you can sign it at saveourstages.com.

With all this uncertainty, let’s return to one of the constants in this new normal, which is livestreaming. This edition of COVID-19 Streams focuses on some musicians who are familiar with each other playing songs at home, a weekend celebrating one of the most legendary music venues in Boston history, and a show happening at the local ballpark.

Peabody native Ryan Montbleau has been streaming via his Facebook page from his home in Burlington while telling the stories behind his songs and playing through his vast catalog of material. The support he has been getting from performances has helped him through these strange times.

“I can’t under-state how much these livestreams have been sustaining me during all of this,” Montbleau says. “I get to play a show from my living room every week and there’s been this huge outpouring of gratitude and support in return. There was a little trial and error working through the setup, nothing works much better than a good room sound and an iPhone in my opinion, but it’s been magical every week in its own way. It’s interesting to think about what will happen moving forward. Nothing will ever replace a bunch of bodies being in a room sharing the same experience.”

“Whenever we can do that again, in whatever capacity we can, will be a blessing,” Montbleau adds. “It does make you think, maybe there’s more of an opportunity to stream into people’s living rooms moving forward too.”

Hayley Jane, another former Mass musician and current Burlington resident who also performs with Montbleau in the folk duo Yes Darling, has been streaming on her own via her Facebook page, and is also doing virtual voice, dance, and movement lessons through Live Lesson Masters.

“The livestreams have been a mental and emotional lifesaver, not to mention the only thing keeping me connected to the people who get the most out of my music,” Jane says. “There’s an obvious energy missing when comparing the livestreams to a live show, but after the second or third one I started to get comfortable in the reality and I found my flow. I was able to raise enough money to finish making my album and I couldn’t have done that without the livestreams. It’s so important to reach people with music right now. I wrote a song called ‘I’m Just Bored’ right before this all happened and now folks are calling it their quarantine anthem. Music always helps us move through times of difficulty.”

The folks behind Boston Venue: The Channel Podcast have been streaming lunchtime mini-concerts via their Facebook page every Friday in May with acts including rock legend John Butcher, Dan Zanes from The Del Fuegos, Sal Baglio from The Stompers, and Adam Sherman from Private Lightning as headliners. The series is influenced by a similar thing The Channel and WBCN used to do in the late ’80s, and former station DJs Oedipus, Carmelita, and Bradley Jay have co-hosted the streams as well as chats with the performers. This weekend marks 40 years since the opening of The Channel, and to celebrate it the podcast put together “Channel Vision 2020.” There will be free-form performances, discussions, and a silent auction starting at noon each day from May 29 to 31. The money from the event will be pooled and distributed to participants who need financial help and to Right Turn, a nonprofit that provides services for musicians with substance abuse issues.

And then there is the most Boston livestream imaginable, as the Dropkick Murphys will perform from an empty Fenway Park—yes, it’s called “Streaming Outta Fenway”—on Friday, May 29 at 6pm. Bruce Springsteen is a special guest, and all proceeds from the stream will benefit Habitat For Humanity, Feeding America, the Boston Resiliency Fund.

Speaking of enduring streamers, Club Passim’s Passim Streams are still rolling along with Honeysuckle performing on May 29 at 7pm, Sarah Siskind on the following night at the same time, and Liz Longley on May 31 at 6pm. ONCE Somerville is also maintaining its virtual venue status with Raavi & The Houseplants on May 29 at 7:30pm, an “At Home Karaoke Party” on the following night at 8pm, and Kathy Valentine’s release event for All I Ever Wanted: A Rock & Roll Memoir with Tanya Donelly and Joan Anderman joining for a discussion on May 31 at 7pm.

Of course, the proceeds from all of these livestreams go to either the musician who is performing or a great organization helping those in need. Keep that in mind that when you see a PayPal or Venmo link for donations. Keep streaming, stay safe, and stay healthy.