Back in January when Boston Calling announced its spring lineup, we couldn’t have been happier. The three-day music festival shared a list of acts that not only properly represented the music world, but people at large. The bill was split pretty much 50/50 between men and women. It also included more people of color and openly LGBT performers. Forget the token “outsider”. Boston Calling took the extra step to show that sexism, racism, homophobia, and ageism had no place at their event while other festivals continued to show unflinching support of bands solely comprised of white hetero males. It’s the type of comradery that fails to acknowledge a huge wealth of talent fans do want to see.

Sunday was the final push that proved a diverse lineup can be more successful than a safe one. Instead of bro-heavy crowds past editions of the festival have seen, this year’s festival drew an LGBT-heavy crowd out, including more women and people of color than before. Look around and nearly everyone was smiling from start to finish. The crowd engaged with musicians and musicians engaged with the crowds, both paving a two-way road where equality smoothed out the usual miscommunication of genre-dislike kinks of a festival.

For a radio pop-leaning crowd, Boston Calling brought in rappers who bridged the gap between lyric obsessives and rap dabblers. Local legend Michael Christmas practically lowered the stage he stood on, delivering his lines like he shouldn’t be idolized. Just like his pop culture references to Michael Cera and Hot Pockets provided equal ground, so did Vince Staples’ allusions. The Cali rapper plowed through hits, but he used nearly every break for positivity, as if lashing back at those who assume rap is dangerous (Heyyyyy, NYPD). After telling the younger fans at the front to stay in school, Staples rattled off local universities, including outsiders like Emerson College and numerous community colleges alike.

Then came the grooves, the powerhouses who used dance to energize themselves, the fans, and the spirits of nearly every living thing in sight. Christine & the Queens took the stage by storm as the second act of the day. The French singer-songwriter kept up to speed with her backup dancers, all of whom broke into backflips and splits without wasting a second or smile. As she preached empathy, love, and acceptance, the crowd applauded right back, creating the type of positivity rarely seen throughout the whole day at a festival, and yet that vibe kept going. Even Unknown Mortal Orchestra utilized their psych-rock wobbling so that they, Portland-via-New Zealand quasi-rockers, could get people dancing.

READ OUR DAY ONE AND DAY TWO COVERAGE!

By the time a bandmember wheeled Janelle Monae out in a faux straightjacket, nearly every onlooker chose freedom over fear – even in the face of today’s political shitstorm. Monae flew through R&B dance hits like “Electric Lady” and “Tightrope”, never once ostracizing anyone unfamiliar with her work, taking time to teach lyrics and dance moves to anyone who choose to join in. She bookended her set with Prince-related songs, the latter of which was a cover, as the final note of her pushing for ultimate positivity. With the levels of gusto and energy she brought, it was hard not to feel she should have headlined – or, at the very least, been the sub-headliner. Instead, her set was bookended by equally strong women: alt-country singer-songwriter Elle King and Los Angeles trio Haim. While there’s overrated qualities to each act, the latter warranted their spot thanks to dramatic visuals, near-perfect crowd engagement, and ‘80s-themed pop numbers that made themselves easy to sing along to.

Let’s not forget one of the rarest things to come across at a music festival today: someone older than your parents. Say hello to Charles Bradley. Over the course of his set, applause grew louder and louder, the soul singer’s charisma and unbelievable talent garnering love from even the most indifferent onlookers. At 67 years old, he single-handedly revived Daptone’s old appeal: straightforward funk and soul from the ’60s that pushes the warmth of Otis Redding on themes like love, loss, and open affection. When pit against pop-punk kids The Front Bottoms or electronic Grammy-winners Disclosure, he gets less buzz on a poster, but live, he draws such extremities from the human heart that it feels comical to put the aforementioned acts after him.

Now that this very edition of Boston Calling called it wraps last night, we’re still smiling like we were in January. Actually, our smiles tripled in size. All those “outsider” acts were the most successful of the bunch. We’re not surprised, but maybe some other organizers may be. It sounds like other festivals should finally take note before Boston Calling moves to Allston in 2017. 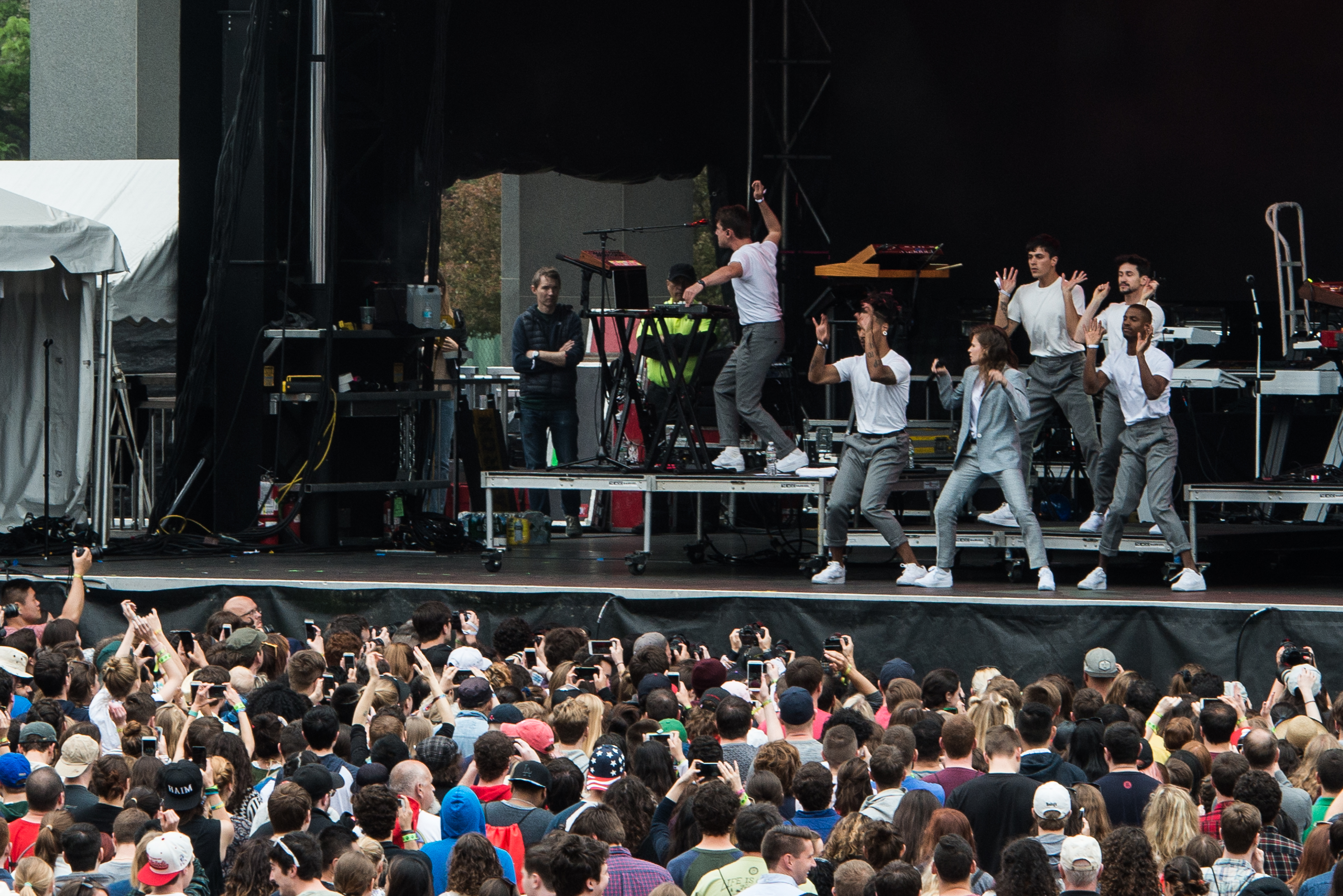