It’s been a long wait for New England fans of At The Drive-In. After an 11-year hiatus following the band’s first implosion, the Texas quintet reunited to bring their art-damaged post-hardcore back to the masses in 2012, but largely stuck to hometown gigs and the festival circuit before appearing to disband again. Last year unexpectedly found them together once more, less founding guitarist Jim Ward, but a June appearance in Boston was cancelled just 24 hours beforehand due to vocal health concerns for singer Cedric Bixler-Zavala. On Saturday night, At the Drive-In finally found their way back to the Bay State, and proved to be worth the wait.

During a headlining set that clocked in at just over an hour, the band’s energy was clearly focused on delivering the crowd-pleasers, and no one in the raging full-capacity mass on the floor raised any complaints about that. Nearly every song on ATDI’s 2000 defining statement Relationship of Command got its due, and new material from the forthcoming in•ter a•li•a extended to just its two agreeable lead singles. The resulting show was tightly-paced and mercifully free of the extended lulls that a reunited band’s new songs can often drag to the table.

Opening with the all-time classic one-two punch of Command’s “Arcarsenal” and “Pattern Against User,” the band roared straight out of the gate with flailing, microphone cord-whipping fury. These may have been old songs, but there wasn’t a trace of rust to be found. Bixler-Zavala treated the stage like a playground, propelling himself from amplifier stacks, monitors and the drum kit while wielding a chrome mic stand like a weapon and occasionally hurling himself straight into the open arms of the crowd. And while the rest of the band remained more stationary, there was no doubt that their hearts were in it, too.

They wisely saved “One Armed Scissor” for the night’s encore conclusion, which sent an already rowdy audience into overdrive. It’s a special class of band that can drive multiple people to duck a security barrier and make a stage-diving break for it with a throng of guards at their heels, but At The Drive-In fits that bill.

Openers Le Butcherettes channeled the manic energy of their tour-mates in an exhibition of unhinged garage-punk that flirted with blues-y riffs, post-punk dynamics and eerie gothic textures in its warped genre fusion. Bandleader Teri Gender Bender’s acrobatic performance combined with the trio’s entrancingly unpredictable sound for an opening set that earned its warm reception. 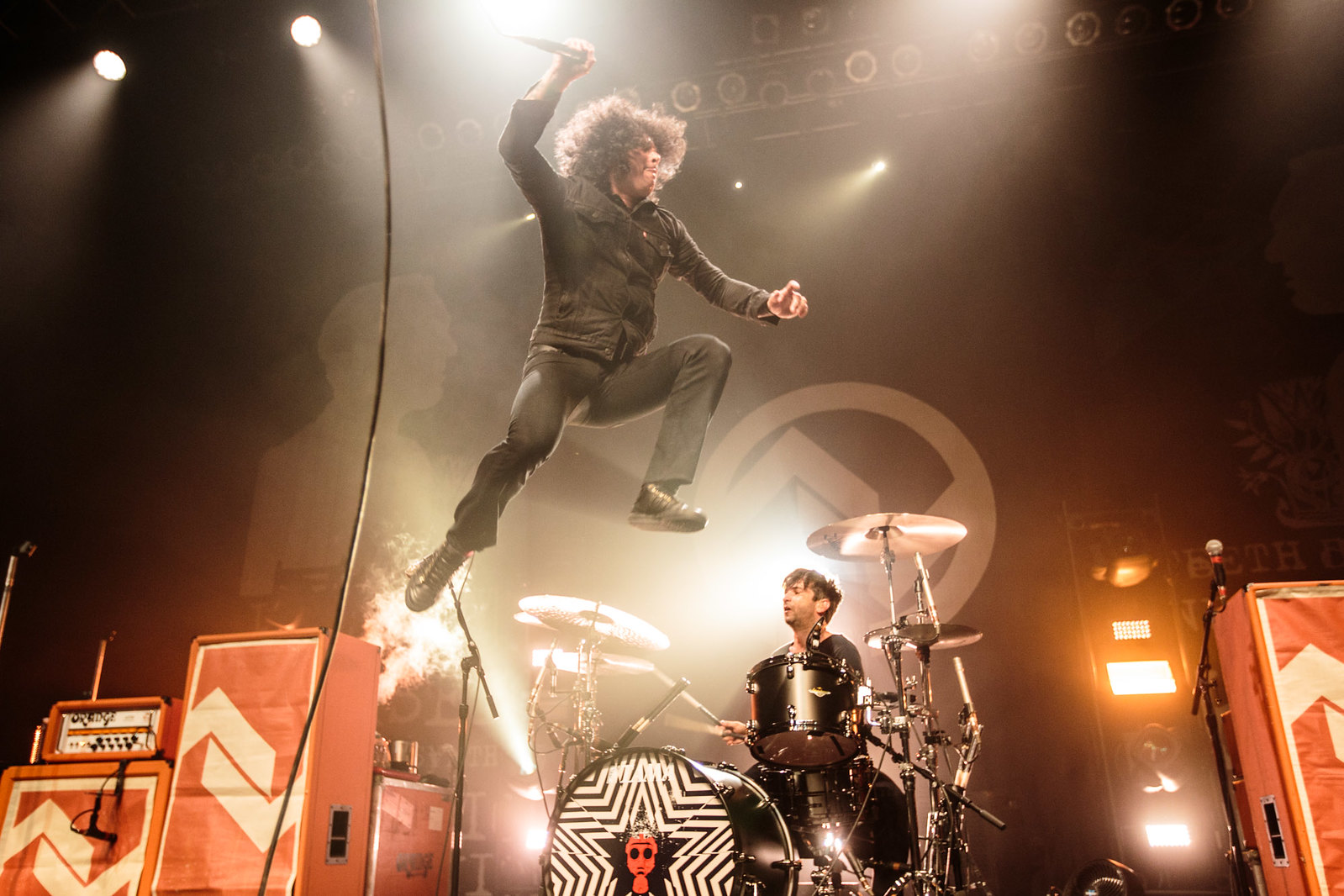