Hopping and howling as the opening act, The Sand Man, sang sweet blues, the Brighton Music Hall had an enthusiastic crowd. Sand Man’s voice was raspy yet fluent. People crowded close to the stage, nodding their heads and tapping their feet while swaying back and forth. But as Daniel Lanois appeared and the energy levels took off. The percussionist ripped away at the drums as Lanois began with a rippin’ guitar solo to compliment the drums of Brian Blade. Gettin’ things weird and wild, Lanois used his synthesizer to create a variety of strange electronic sounds to back the drums and guitar of Jim Wilson. The mood began to topple with the intense numbers being belted out, those eclectic jams were hot! Tssssss … photos below. 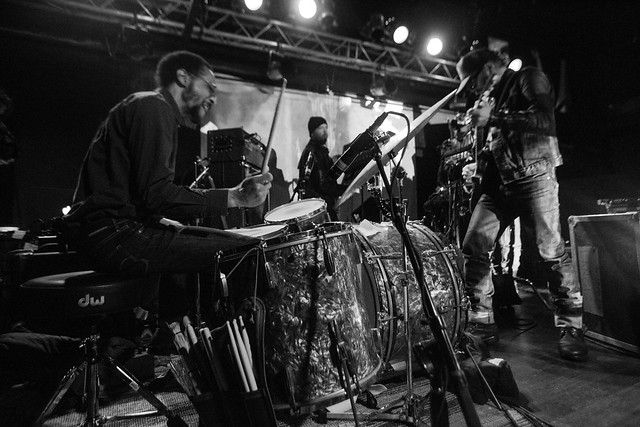