West Coast-based Fitz and the Tantrums struck up a giant dance party on Tuesday night, and the jammed floor was ready for it. The tandem of singers Michael Fitzpatrick and Noelle Scaggs were endlessly roaming the stage, interacting with each other and the crowd as they blazed through material off their third LP, eponymously named and dipped into crowd favorites “The Walker” and “HandClap” like a less camp Scissor Sisters.  Opener Barns Courtney (not to be confused with beloved Aussie Courtney Barnett) also had plenty of energy to burn (just what sort of food does House of Blues catering serve the artists?) and despite the lack of a record and just a few digital tracks released into the wild, the crowd up front seemed to know the words to “Fire” and “Glitter & Gold” just as well as Barns. His brand of off-kilter twang was reminiscent of Hozier’s songbook, baptized in the silty, brown murk of the Louisiana bayou. 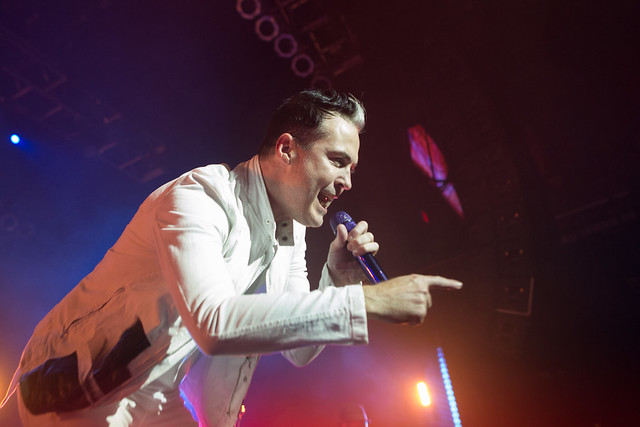