For a band that mixes detached Gallian cool, anarcho-politics and a deeply abiding love for the hypnotic and eternal groove of early ’70s German electronic music, Stereolab sure has staying power. Perhaps some of it has to do with their meticulous attention to their back catalog, and we’ve been the beneficiaries of a pretty robust and detailed slew of the “Switched On” series as well as expanded reissues of their crucial records from the ’90s. Since 2018, the first three Switched On volumes were  re-packaged and sent out into the wild, and volumes 4 and 5 have recently surfaced as well, collecting a bunch of hard to track down songs into very reasonably priced sets. Attention, other bands and labels – this is how you do a reissue program. Even though the band appears to have no desire to create new music (and given the dissolution of former partners Laetitia Sadier and Tim Gane it’s a minor miracle that they’ve re-grouped to do these tours; maybe the expanse of space on stage between them shows a path to a Sonic Youth reunion?), they have plenty of material to showcase and have radically reworked this tour from the 2019 reunion. 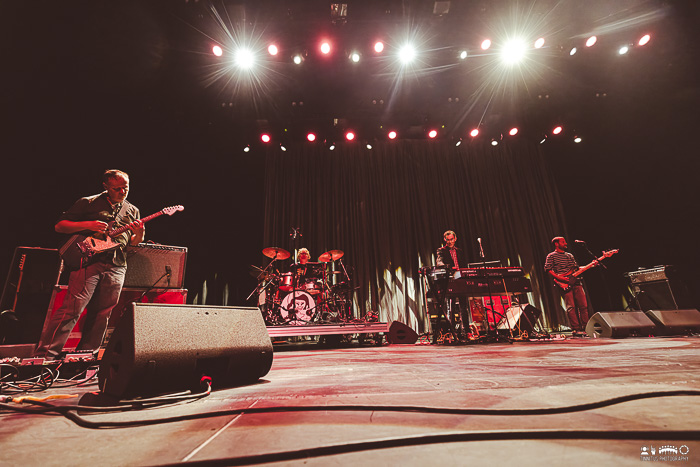 There aren’t a lot of people who still have the piece of stale pink bubblegum that was included in the band’s second American single, but odds are that a great majority of them are going to see this tour. While other ’90s indie heroes Pavement were wowing their audiences with the breadth of songs across this tour, Stereolab have kept their sets tighter but have included some true rarities and they all sounded fantastic. It wasn’t all B sides from Romanian flexi disc; “Miss Modular” might be the closest thing the band ever got to a hit and the gorgeous “Pack Yr Romantic Mind” should be used by Parisian tourist board. The one thing that band still dearly misses is the presence of Mary Hansen, who died in a tragic cycling accident in 2002. To the band’s credit they never added a backing vocalist to sing her parts, but that’s also a bit of a glaring hole on the ones where your brain fills her ooohs and aaahs and boops and bops. A minor quibble, but noticeable. 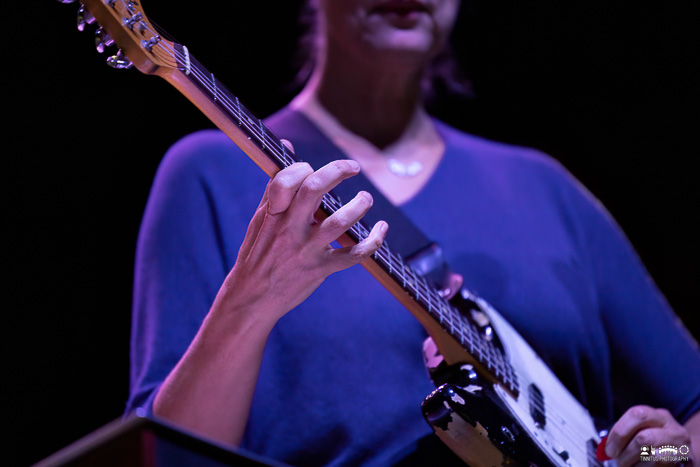 Opening duties fell to Fievele Is Glauque, a sextet headed by a Belgian singer (Ma Clément) and an American keyboardist (Zach Phillips). Their set was a dizzying scramble of jazz and lounge, touches of pop with some avant moves. I give them credit for trying something new but after a couple of songs I was ready to move on. 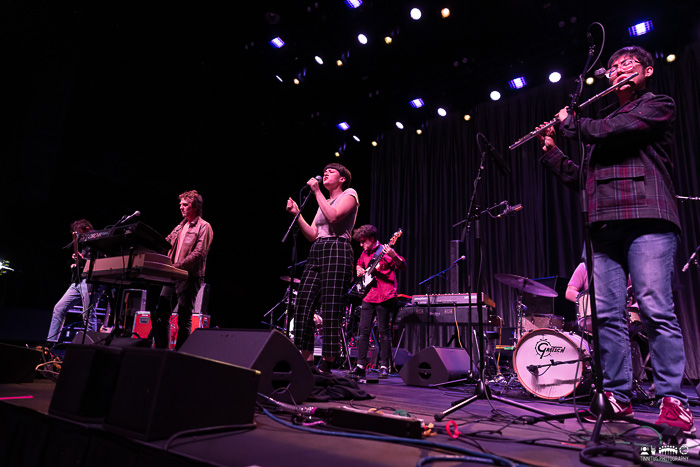