When you’ve got an eight member band that contains members who are busy with solo projects, it’s sometimes difficult to keep all the planets in alignment. That was the case when The New Pornographers touched down in Boston after a three year absence to support the just-released Whiteout Conditions. Scraggly troubadour mainstay Dan Bejar was nowhere to be found, instead finding his increasingly ornate songs written for Destroyer not fitting in with the new record, so he sat this tour out. A. C. Newman and company wouldn’t let the crowd go without a small dose of Bejar’s work though, dusting off 2003’s “Testament To Youth In Verse” and doing it complete justice.

Of the new material, a rousing “Avalanche Alley” was the strongest, fueled by the powerhouse vocals of Neko Case and Kathryn Calder. Never shying away from a political stance, Case’s music stand had a “Resist” sticker on the back, and Newman noted that for obvious contemporary reasons, they had to re-learn how to play “The Fake Headlines” from their debut record. No word on if they considered re-naming “The Laws Have Changed” to “The Executive Orders Have Changed.” Waxahatchee took on opening duties, the duo led by Katie Crutchfield sliding into a comfortable, low-key set that was anchored by a strong “Pale Blue Eyes” vibe throughout most of the songs, gentle but not weak.

Click on the photo for more photos of the show: 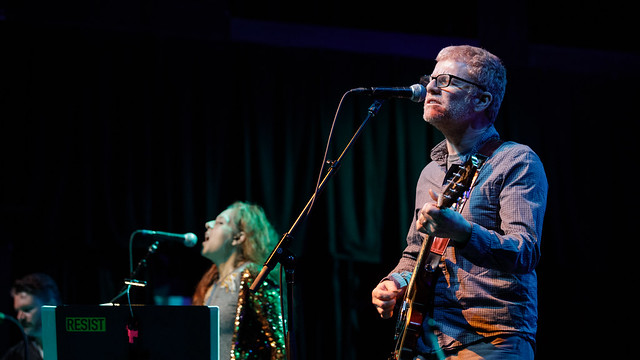