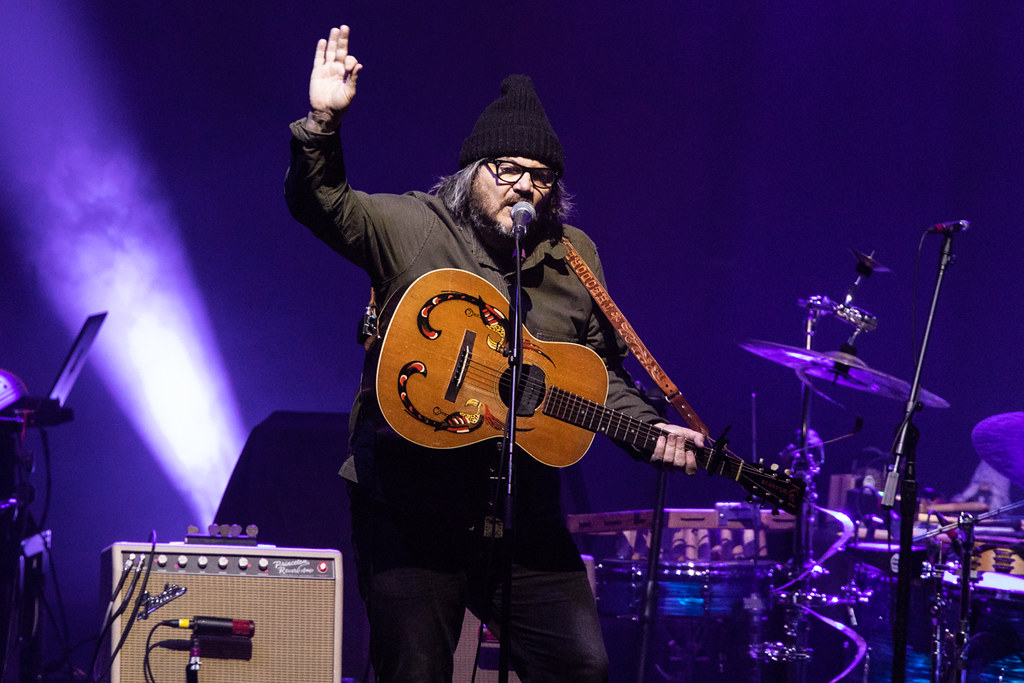 The joke inherent in Wilco’s new record Ode to Joy – the band’s eleventh full length – is that it’s actually kind of a downer. The Chicagoan collective who perpetually straddle the lines of indie, art-rock and alt-country have never been the cheeriest band to begin with – the centerpiece of what’s arguably their sunniest LP is a sort of abstract murder ballad – but even for Wilco the project feels downbeat. It also happens to be their best and most cohesive release in some time, channeling weariness and cautious hope that resonates more stirringly than its looser pair of predecessors in 2016’s Schmilco and the prior year’s Star Wars.

The band brought one of the first dates of their supporting U.S. tour to Boston Thursday night at the Wang – the first of two shows at the most ornate of downtown’s numerous theater spaces. Two years out from the conclusion of their last North American run, and nearly four since their last Boston appearance, Jeff Tweedy and company made the time gone by (for those who didn’t venture to the western end of the state for the band’s Solid Sound festival back in June) dissipate in a flash. An electric two-hour, 28-song set spanned new songs and the classics, showcasing a band of old pros who still have the spark. 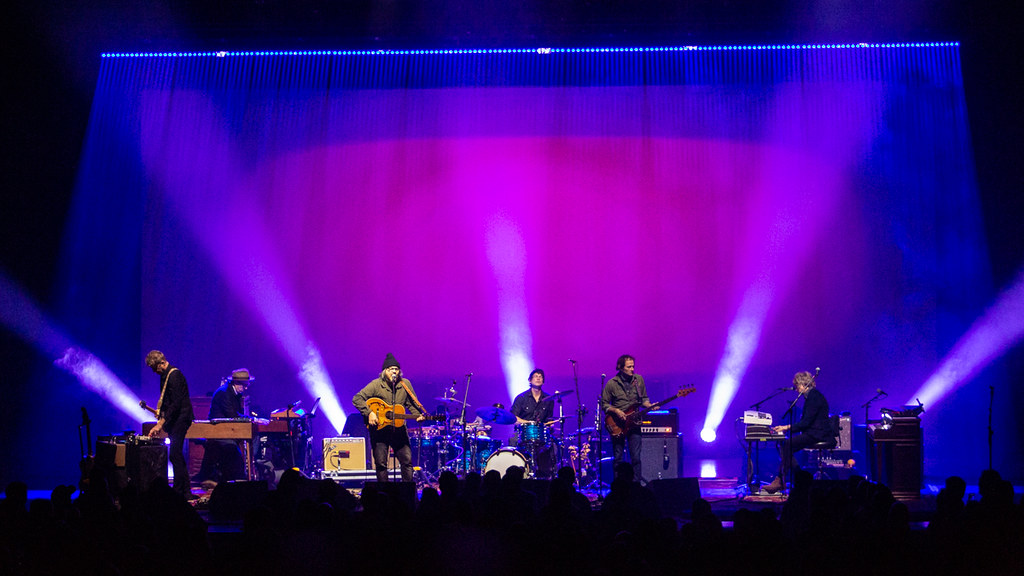 Wilco are inarguably a well-oiled machine these days, with a lineup consisting of frontman Tweedy, virtuoso guitarist Nels Cline, the veteran rhythm section of bassist John Stirratt and drummer Glenn Kotche and multi-instrumentalists Mikael Jorgenson and Pat Sansone now in its 15th year together. As such, their Thursday set offered staples: “I Am Trying to Break Your Heart” with its almost-cheerful wave “hello” from Tweedy, Cline’s mind-melting solo on “Impossible Germany,” the guessing game for how long the whole band would vamp on the cathartic “nothin’ at all” refrain that closes “Misunderstood.” Herein is the comfort food of the Wilco oeuvre, and where a lesser act might be going through the motions with these and other standbys (“Hummingbird,” “Heavy Metal Drummer,” “I’m the Man Who Loves You”) this many years in, this band has tuned into playing them really well, without so much reinventing as honing in on the core of what makes each an essential in the first place.

Some welcome surprises were in store as well, like Yankee Hotel Foxtrot‘s quietly devastating closer “Reservations,” bum-out anthem “How to Fight Loneliness” and the show-closing barnburner “I’m a Wheel.” The lion’s share of Ode to Joy‘s 11 tracks threaded into the evening too, holding their own as compellingly melancholy newcomers to a storied catalog. “We’re still gonna play our new song,” Tweedy jokingly remarked after a brief P.A. power outage interrupted one such cut – a winking acknowledgement of the “play the hits” mentality, if not a necessary one.

Clad in a winter beanie to contrast the cowboy hat he’s favored in recent years, Tweedy had little else to say throughout the night. But in a generous show where the band’s eclectic personality shone through so brightly, elaboration hardly felt necessary.

Click below to see more photos, including opener Daughter of Swords. 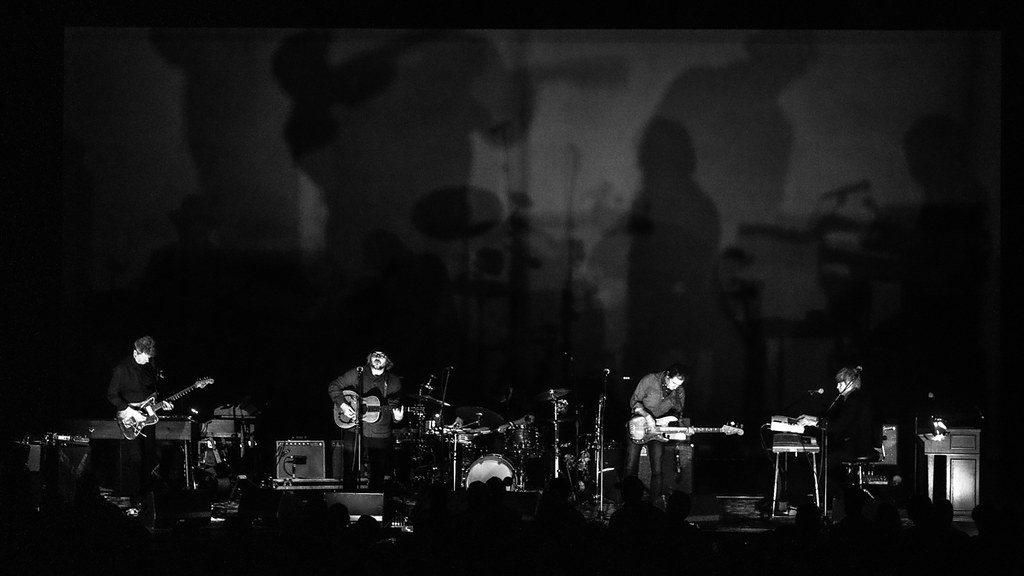