As someone with southern relatives, my family has warned me: good barbecue can’t be found north of Virginia, so don’t even try.

But I’ve lived in Mass my whole life and I’m not so sure about that. Especially after last weekend.

This past Sunday, pitmasters from Cambridge and beyond battled it out “for the title of the best ribs in town,” in the words of the East Cambridge Business Association, at the Smoke This Rib Fest on Cambridge Street. Boston’s BBQ is getting “better and better,” according to Brian Beattie, the director of operations at Lone Star Taco Bar. He said the city is “no Austin, Texas” on the smoked front; nevertheless, I found a lot of hope in Cambridge.

Many of the best offerings broke away from traditional American BBQ styles; some vendors went out on a limb with their ribs and, in many cases, it paid off.

Both Viale and Gufo, the respective first and second place winners of the People’s Choice Best Rib award, made dishes with Italian twists by using calabrian chili peppers in their recipes. The “pride and joy of Italy,” the calabrian chili pepper is part of a Southern Italian culinary tradition that centers on spice, Gufo Executive Chef Nate Hammer said.

Gufo Head of Operations Ted Hawkins noted that despite the honor, the new Cambridge Street Italian restaurant will not even focus on barbecue when it eventually opens where Loyal Nine once operated. One vendor didn’t even sell ribs at all.

“We’re just trying to nourish the community of Cambridge with our tacos, with our smiles, and with ABBA, obviously,” said Shy Bird Assistant General Manager Erin Pirkola as “Dancing Queen” blared from her restaurant’s booth and her team prepared soft tacos stuffed with rotisserie red chile pork. Overall, Greater Boston BBQ appeared to be extremely bright, with vendors I spoke with saying the region’s scene is steadily improving. According to Alana Worthman, a chef and catering manager at Formaggio Kitchen in Cambridge, the area’s pit culture started when Blue Ribbon BBQ opened its first location in West Newton in 1995. Over the past five years, it’s grown at an especially fast pace.

As for potential, for one vendor, the festival served as an exercise for future Bay State chefs and restaurateurs. Rindge School of Technical Arts’ Vocational Culinary Arts program is led by the school’s self-described “has-been” Culinary Arts Director Rick McKinney and his students, the “wannabes,” who joined McKinney in competing on Sunday. Rindge’s culinary arts students have run a booth at each of the past 13 Smoke This festivals, and this time served St. Louis-style ribs that were “spicy, sweet, and complex, like our city.” Ultimately, it was left up to members of the public to judge for ourselves. Although Smoke This was a competition to see which local restaurant serves the best ribs, the ultimate winners were “the people who came out to sample,” said guest judge Dennis O’Donnell of the sponsoring financial firm DivcoWest.

It’s hard to disagree with that.

Check out the winning teams below … 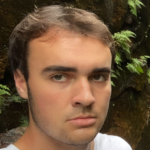 Jeromey Russ is a Reporting Intern at DIG Boston and a junior at Boston University studying Journalism and Film/Television Production with a focus on screenwriting.