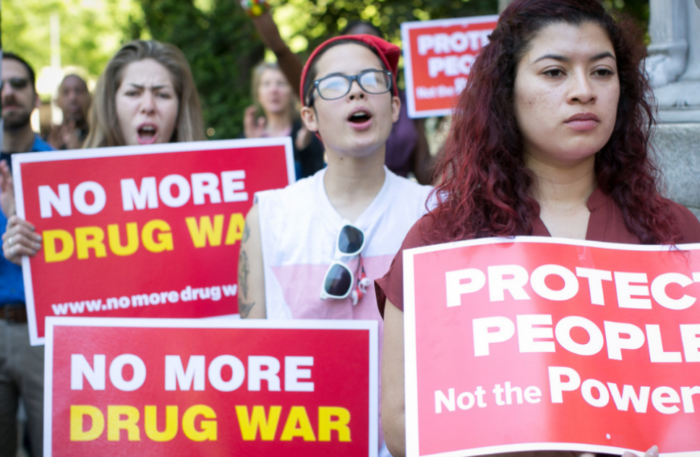 Alcohol is the worst of all drugs. Despite contributing to generations of family trauma, sexual assault, car accidents, heart disease, and overdose, this drug is accessible in every Boston neighborhood. Police officers learn through civil service training that alcohol prohibition in 1919 gave rise to violent gangs and endemic corruption in police departments. Yet our government has repeated the strategy for other controlled substances with catastrophic impacts for public safety.

In contrast to alcohol, psilocybin mushrooms and psychedelic plants are the best of all drugs. A large body of research going back decades has found that using these plants with intention has dramatic benefits for alcoholism, opioid addiction, depression, trauma, and neurological disorders from migraines to dementia. These plants are inherently non-habit forming and impossible to overdose on. Destigmatizing these plants will help our brothers and sisters in law enforcement treat mental health conditions they self-medicate with alcohol—at a time when police are more likely to die by their own guns than criminal encounters.

Boston should adopt the decriminalization model of Somerville, Cambridge, Northampton, and soon Easthampton—where adults can use psychedelic plants without fear and public health measures are prioritized above throwing people in jail for drug possession. Officers must raise their voices to effectuate this change. They see first-hand the overdoses killing our neighbors, the unjust arrests of people with addiction, and their colleagues suffering traumas psychedelic plants can treat.

A bitter irony of this debate is that most drugs are already legal in practice. They are just legal for corporations to sell them to us. The Sackler family made billions pushing oxycontin that killed 200,000 people over the past two decades but will never see the inside of a jail cell. We have access to highly concentrated “medicines,” derived from natural counterparts that are still Schedule One “drugs.”

Drugs are also legal in practice for people based on class. Officers do not incidentally find cocaine in the porsches lining the streets of Beacon Hill brownstones. They find drugs on people caught up with the law for petty offenses, usually in high-crime and minority neighborhoods like Roxbury and Dorchester. Financially advantaged people are far less likely to have high stakes interactions with police.

An analysis of three years of Boston Police Department data shows at least 65 percent of Bostonians arrested for drug possession were Black or Hispanic. This is despite these groups representing only 37 percent of the population of Boston and people of all demographics using drugs at similar rates. Seeing this disparity makes many officers feel a sense of guilt enforcing unjust drug laws that were written by racist politicians over five decades ago. Many understand encounters for drug possession can go tragically wrong, endangering civilians and officers alike while further eroding trust in law enforcement.

Arrests do not help most people struggling with substance use disorder. They instead get people fired from their jobs and land them a permanent record that makes future employment harder. Arrests also make underlying mental health problems worse, since jails are traumatizing places where drugs like fentanyl are often accessible. Psychedelic plant therapies, on the other hand, have been shown to reduce the rate at which people reoffend and go back to jail.

Some fear decriminalizing psychedelic plants will lead to more people experiencing panic attacks using them in uncontrolled settings. This fear is baseless. Public health departments have not reported an increase in these calls in Denver, Ann Arbor, Oakland, or any other community that has decriminalized psychedelic plants. Prohibition and stigma do not stop access—they just make it harder to have honest conversations about the best way to use these plants to reduce distress.

These plants also help people overcome addiction to far more harmful drugs. For the most part, first responders are not showing up to people having uncomfortable psychedelic trips. They show up to belligerently intoxicated people or people passed out from alcohol poisoning and overdose.

Our first responders already suffer post-traumatic stress disorder (PTSD) five times higher than the civilian population, witnessing overdoses and experiencing violence often linked to prohibition. We owe our emergency response heroes the chance to use psychedelic therapy if they chose it.

Our alternative is to stop arresting people for drug possession in favor of referrals to health and financial services—and allow adults to grow, gather, and share psychedelic plants. It could take decades for federal law to catch up to the science and culture on these issues, as the legalization of cannabis has shown us. But we don’t have time to wait. We have destroyed countless lives by criminalizing incredible gifts of nature that could heal our communities. We have had a hundred years to learn the lessons of prohibition. It doesn’t work. Lieutenant Sarko Gergerian, MHC, CARC is a peace officer for the Winthrop Police Department. He is a founding member of Community & Law Enforcement Assisted Recovery (C.L.E.A.R), a nationally recognized recovery oriented community policing methodology. He is a subject matter expert in integration of people with lived experience into law enforcement agencies. He teaches and speaks nationally on topics such as resilience, mental health, meditation, and recovery. He has received honors for his work in mental health support for law enforcement and community members and works as an adult psychotherapist at night. His views do not necessarily represent his employer’s.

James Davis is a volunteer with Bay Staters for Natural Medicine, a grassroots community group educating community stakeholders on psychedelic plants and the harms of drug arrests. In cooperation with city councilors, he authored resolutions for Somerville, Cambridge, Northampton, and soon Easthampton to deprioritize drug arrests in favor of public health measures. His views do not necessarily represent his employer’s.