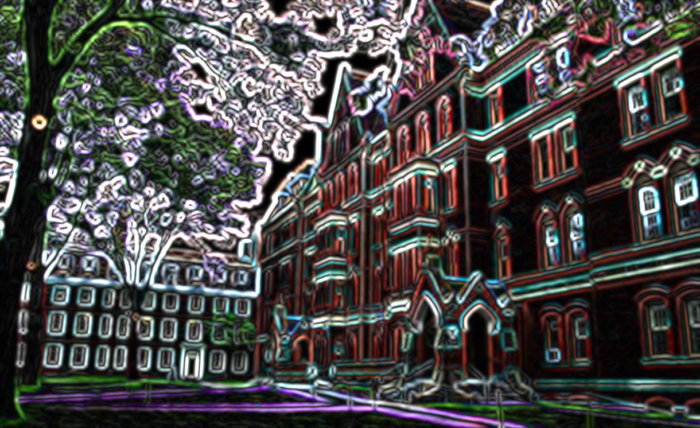 One of my worst fears is getting sick due to Harvard’s disregard for our safety.

As a custodian at Harvard University—known as the premier institution of higher education in the United States—that’s the allotment we’re supposed to use for multiple surfaces. We were also given a single disposable mask, meant to last forever. Our access to basic cleaning spray is also limited: we asked for more Lysol, and were told no.

Harvard announced it would be sending students and faculty home in early March, but that doesn’t apply to the 700 custodians and janitors tasked with cleaning the school’s hallways, bathrooms, classrooms, and offices. We keep working, and we’re far from alone.

Around the country, over 21 million workers in our sector are disinfecting hospitals, police stations, and fire houses—keeping essential services running with our labor. Many of us lack adequate personal protective equipment despite the fact that our jobs (and the travel required to reach them) put us at heightened risk of exposure. Dozens of Harvard contractors have already tested positive for COVID-19. That number includes custodians.

Many immigrants and first-generation Americans work in these essential jobs. Nationwide, nearly 28 percent of janitors and custodians were born abroad, according to the bipartisan nonprofit New American Economy. A number of our colleagues are undocumented, which means many are afraid to ask for help or report abuses. In the building I clean at Harvard, most of us are either Latinx immigrants or the children of immigrants.

My own mother immigrated to Revere, Massachusetts from Jalisco, Mexico in the early 1980s. I spent my childhood summers with her, cleaning Boston city buses; my mother didn’t make me, but rather I went willingly, to earn money for outfits to wear the upcoming school year. We’d lug in jugs of water and scrub the interiors with a mini broom. After wiping down the seats with rags and squeegeeing the windows and floors, my mom would maneuver the hydraulics, tilting the vehicle up and forward to drain. The work was tiring and dangerous—sometimes people left used needles on the bus floors—but as a kid, I loved watching the dirty water whoosh down the aisle and out through the bus doors.

I learned hard work from my mother, and so did my sister Stephanie, who’s also a custodian at Harvard. As a six-year-old, my mother was already working in the fields, picking vegetables. Back home, there was nothing to eat. Her family was poor. As soon as she was old enough, she migrated north, joining her brother in Boston. In a stroke of good luck, she legalized her immigration status under President Reagan’s Immigration Reform and Control Act. My sister, brother, and I were all born here, and she raised us all as a single mother. Growing up, our hometown of Revere was primarily white, and I felt like people looked down on us—like cleaning was a non-essential job only Latinos did.

Many people still see us this way; we’re constantly fighting to be treated equally by those with “better” jobs. A few months ago, I was alone in an empty lab with a Harvard student. She stood up to go to the bathroom, looked at me, and then abruptly scooped up her iPhone and laptop. I wish I could have laughed—I already have the new iPhone. Despite what some in the country might believe, Latinx doesn’t mean criminal.

Compared to many other janitors and custodians, those of us working at Harvard are lucky, even if we don’t feel like we’ve been given adequate COVID-19 protections. We make more than the average custodial salary of $26,000. But if any of us fall sick, like my coworker and our union rep Doris Reina-Landaverde did recently, we still have to use personal sick days. If we don’t have enough, that means 14 days without pay. It seems unfair since our jobs have been deemed essential.

One of my worst fears is getting sick due to Harvard’s disregard for our safety, and then infecting those in my household: my son, who is five, or my mother, who is 62. Six years ago, my mom sustained a serious shoulder injury at work, and my sister and I forced her into retirement. It was tough—she’s an old-school Mexican woman and still tried sneaking to work, saying she’d limit herself to five hours a week. We wouldn’t let her. My sister and I support her, since she only gets $200 in social security each month.

I’m proud to be a custodian. It’s not just because I’m cleaning the offices of world-famous professors. It’s because my mother struggled her whole life to provide for us, her children. It’s because my beautiful son already has big dreams. When our dog passed away from cancer, he decided to be an oncologist someday. And it’s also because in my country’s time of need, I know I’m playing an essential role to keep our community healthy and safe.

My colleagues and I will continue to play this role, despite the unequal treatment we receive, and the basic safety protections we lack.

But we deserve more. Maren was born in Boston, Massachusetts and raised in Revere her entire life. She is the daughter of Maria Ceja, born in Jalisco, Mexico, and the mother of Blake Ceja, who is currently five years old. Maren graduated from Revere High School in 2014 and has since received her certification as a medical assistant, phlebotomist, and nursing assistant. She has worked as a custodian at Harvard University for over a year, and her personal goals include working to get an office job within Harvard and being able to support her son’s goal of becoming an oncologist when he is older and one owning a sanctuary for senior dogs with disabilities.