Boston commemorated pride, and the 50th anniversary of the Stonewall Riots, with a record setting parade. Over 50,000 people marched in the 2.27 mile parade across Boston, ending at City Hall Plaza. This year’s theme—Looking Back, Loving Forward—was intended as a message of hope and acceptance, as well as a recognition of the challenges faced by the LGBT community in the recent past. The energy in the air was abuzz as, despite the hot weather, it was estimated that over one million people attended the parade and subsequent festivities in City Hall Plaza. Everyone from local community groups and vendors to resource groups with specific focuses on LGBT issues were present in some way. All in all, Boston’s Pride parade ended a week of activities on a high note; the spirits of attendees and marchers alike were high as they celebrated their identities and commemorated the work of those that did not have such freedoms only a few decades ago. 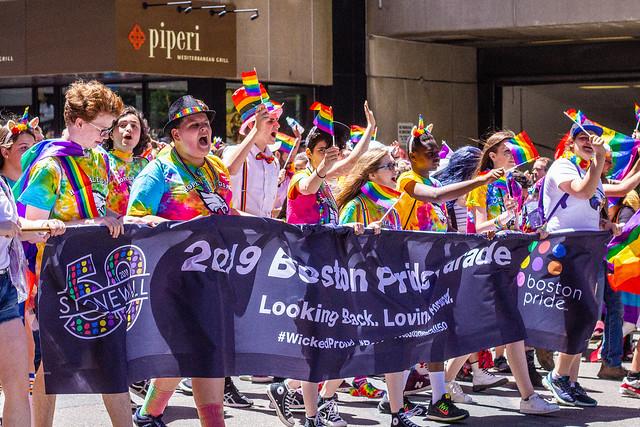