The Apache Relay won many converts, me included, with their ambitious American Nomad in 2011. And an impressive early morning set at Newport Folk festival confirmed the band as a dynamic force within the wide world of folk rock. Yet, a touring resume with Mumford & Sons and a long-haired-fiddle-player doesn’t mean The Apache Relay is some Americana knockoff. Their sound blends expansive strings and soul harmonies — think Gold Star Studios R&B rather than Fleet Foxes.

Lots of dancing from the early evening crowd, and even some monitor pounding from an adoring fan in the front row. Ford, Jr. exuded rockabilly swagger in boots and suit. His lush voice complemented Harris’ lush beard that was frenetically whipped during guitar solos. The Apache Relay worked their Springsteen cover, “State Trooper,” and it paired nicely with the sing-a-long punch of “Lost Kid.” From Apache Relay, the self-titled release this year, “Valley of the Fevers” was a standout. Standard closer, “Watering Hole,” proclaimed the evening done for the Nashville six. Well, almost over as the merch table needed manning and Harris accompanied a Pabst six-pack to the back bar area. 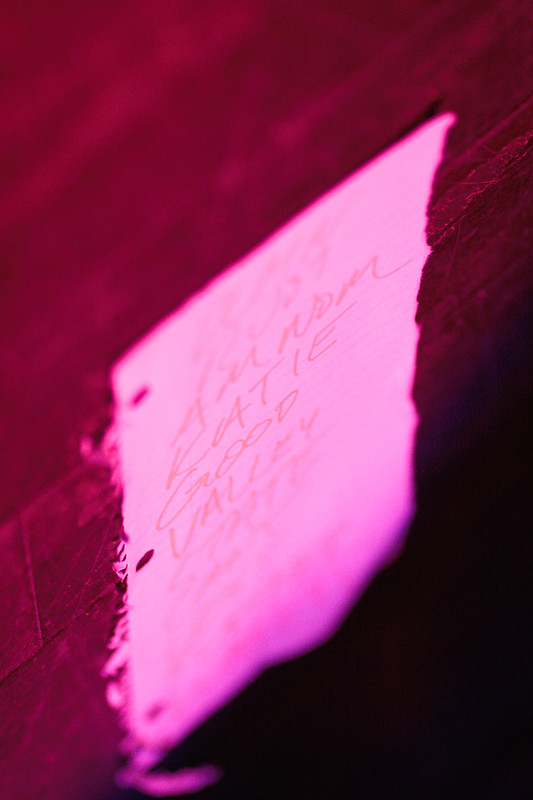