CanAm’s favorite eight piece power pop band, The New Pornographers, is back after a four year period, touring in support of this year’s “Brill Bruisers.” Perfect title, really, as the band combines the sturdy and timeless songwriting that the Brill Building occupants churned out at an alarming rate while putting enough sinew and muscle behind the songs that leave the listener’s arms and necks sore from incessant fist-pumping sing-alongs. The room was fairly empty a few minutes before openers The Pains Of Being Pure At Heart got on stage, but after that Brooklyn quintet finished with their take on running the Smiths songbook through a Creation and Sarah Records scrambler, the room was at capacity in anticipation.

It’s not often that the stage hands have to set up seven microphones, and they all got a workout from the band that mixes equal parts Hollies, Monkees, Belle & Sebastian and more than a dollop of The Partridge Family. The vocal prowess of Neko Case needs no introduction, and Kathryn Calder can more than hold her own as well, while playing keyboards on opposite stage end from the other keyboardist, Blaine Thurier. In the middle, chief songwriter AC Newman made note of the location, welcoming new drummer and Bostonian Joe Seiders, and also noting that his brother was manning the soundboard. Later on he introduced Dan Bejar as also being from Boston, and then accused the crowd of being bodysnatchers and that the next time they played Boston, they’d be the Mighty Mighty Bosstones.

Bejar spent as much time on stage as off, shuffling on like an eccentric uncle with a wild Bowie/Cohen songwriting talent as the set list required. Case kept her renowned stage banter to a low level while never faltering from raising her head to the mic and unleashing that golden voice; the chorus of “The Laws Have Changed” should be radio fodder every time you tune in for the morning drive. There’s no other band that can create a chipper and carefree to cirrhosis quite like the New Pornographers; had Bukowski been alive, I could see him snapping his fingers and clicking his heels to the infectious swing of “The Slow Descent Into Alcoholism.” 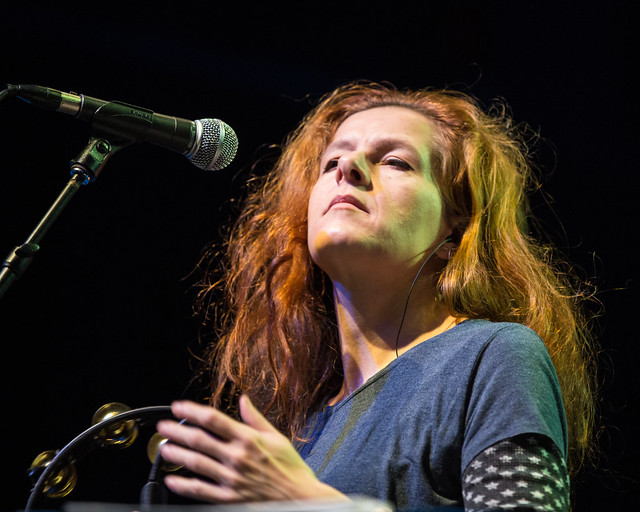