Last Saturday, a crowd formed around a stage set up at Brattle Plaza, chanting, “No artists, no art!” Occupying the Make Music Harvard Square Festival, the demonstrators raised a large banner that read “SAVE EMF,” in reference to the recently embattled and then shuttered musician rehearsal and recording space on Brookline Street outside of Central Square.

The occupation of the festival was just the latest move by those campaigning on behalf of EMF and against gentrification. As it turned out, the president of the group behind the event, the Harvard Square Business Association, is also the owner of the contested EMF warehouse. John DiGiovanni bought the property in 2016 for $4 million, and this past February, his tenants were notified of their pending eviction from the space on April 30.

City officials were able to negotiate an extension to stay until May 31. Still, the campaign to save (or at least shine light on the plight of) EMF has generated a considerable amount of attention, with the anti-artist-displacement protest on Saturday drawing a crowd of more than 150 people. The Make Music Harvard Square Festival normally features 100 artists but had just 40 this year, seemingly the result of an ongoing battle between now-former tenants and DiGiovanni.

“I feel like every year or every two years a community that I care a lot about, that I invest a lot of my time in, that makes me feel good, is ripped out completely,” said Sophia Grogan, a 22-year-old musician who used EMF to practice. Grogan was also a part of the communities at Out of the Blue Gallery and All Asia, which both closed in the past few years.

The issue is a lot more complicated than the singular incident of EMF evictions: Gentrification and displacement have long since transformed formerly working class neighborhoods like Cambridgeport to upper-middle enclaves. Nevertheless, largely thanks to the development and dollars that technology and biotech behemoths increasingly bring to the city, Cambridge continues to shed aspects of its creative identity—as well as many of the people, especially the younger ones, who shape arts and culture there.

Jon Glancy, a musician who’s practiced at EMF for 11 years, said the EMF evictions are indicative of a citywide crisis.

“I think the trend currently is that poor and lower-income people who are not in the system of affordable housing are being pushed out of Cambridge very rapidly,” Glancy said. “There is a class divide between people who can afford to stay in Cambridge because they work in biotech, or they’re students who are going to school here and have student housing. … I think that a number of people like myself who are low-income, working multiple jobs, are getting pushed out of the city.” More than any other identifiable culprit, critics point to the end of rent control in 1994 as a negative turning point in the long arc of Mass gentrification. According to Carolyn Shipley, a board member of Cambridgeport Neighborhood Association and Cambridgeport resident since 1981, “People across the state of Massachusetts voted rent control down. That opened up far more units, properties, houses, apartments for renovation, for a higher resale value. It kept going up and up … so that now, if you can find a single-family house, it would be $1.6 million or something.” (According to the National Bureau of Economic Research, the overall valuation of Cambridge’s housing stock increased by $1.8 billion from 1994 to 2004.)

Shipley added that the end of rent control changed the fabric of the neighborhood.

“Condos and buildings changed an awful lot. … You don’t know neighbors, so on and so forth,” she said. “A lot of industry moved in, biotech and high-tech and things like that. They moved in on the fringes near the MIT area. That brings a lot of commuters and vehicles into Cambridgeport. … It created bottlenecks all over.”

“Artists are very vocal … lots of connections, lots of skills. … The struggle is trying to make collaborations with other groups that might not have the skills and connections to talk to politicians so easily,” said Matt Kaliner, professor of sociology at Wellesley College. “I think artists in Somerville and Cambridge are pretty well organized, good at gathering respectable numbers to get attention to any issue. Which is probably why the EMF building has gotten so much attention. It’s been in the conversation.”

In startup-dominated Kendall Square, many entry-level tech workers cannot afford the rents, Kaliner said. “If they [startup employees] can’t afford to live here, can nurses, can all the people who work in restaurants live here? No, obviously not. It’s a tough place. The amount of inequality here is shocking. … The kind of people who are affected by the EMF evictions, their foothold in the city’s fading.”

When Melissa Lee Nilles, a musician and expressive arts therapist who practiced at EMF with her band Miele, first visited Central Square eight years ago, she was attracted to the scene.

“[It was cool] to see live music happening there, through the windows, walking around and seeing so many more music establishments, and seeing that there’s something happening here in Central Square,” she said.

Nilles has been at EMF for four years, recorded an album using one of the building’s studios, and split her band’s $465-per-month room cost with two other bands that shared the room.

“I liked being there because I felt like I was a part of the community,” Nilles said. “Just going by and hearing people’s music and wondering who they are and meeting them later. There was weird art on the walls. It was enough for what we needed.” In trying to make the best of their situation, EMF evictees, with help from city officials, have sat down with DiGiovanni to discuss the building’s future. As was chronicled in detail by reporter Marc Levy at Cambridge Day, while there is finally communication between rival parties, there remains an impasse.

“He was not kind,” Nilles said. “He was very frank in terms of how he’s influenced by finances. Even though we are a paying tenant, he wants to make an even larger profit.”

Former tenants are especially angry about revelations that the building has allegedly been unsafe to occupy for more than a year.

“He won’t admit that he’s done anything wrong, or put anyone in danger, or should’ve communicated with us right when he bought the building,” Glancy said. “He’s not taking personal responsibility for the fact that he has effectively dismantled a community of over 200 musicians.”

As for the future of the building, the current ownership has yet to disclose plans (DigBoston reached out to DiGiovanni, but did not get a response before deadline). Cambridge City Councilor Quinton Zondervan said that the way that EMF was handled is another example of a property owner seeking the highest return at any cost, adding that the larger problem is the housing market.

“Once the building is renovated to increase the rents, they [prior tenants] will not be able to afford it,” Zondervan said.

Councilors, including Zondervan, are working on initiatives including a foreign buyers tax, a transfer tax, and a vacancy tax.

Additional solutions include creating more incentives for Section 8 housing and the creation of an arts overlay district that could protect spaces like EMF.

“My only concern with that [arts overlay district],” Zondervan said, “is if that’s all we do it will still cater primarily to the high-end market. … We have to put in place specific subsidies or incentives to cater to the lower-end market as well to keep things affordable.”

A couple days before EMF interlopers crashed the festival in Harvard Square, Herb Morciglio, a solo musician who’s used EMF’s practice space for the last three years, walked down the maze-like halls of the nearly 100-year-old building that was home to 200-plus artists for the past decade. The walls that were once covered in art were bare, except for a few flyers. The corridors that were once filled with sounds from bands practicing were eerily silent. Morciglio sat on a red chair in a cluttered room strewn with instruments, empty beer cans, paintbrushes, and flyers. This area, he said, is one of the last open spaces, and so the eight remaining tenants have been sharing it, mostly to organize against the owner.

“We are just taking one last stand,” Morciglio said. “We are keeping the soul of the place alive for at least a little bit longer.”

“[From] the folk rock scene when my parents were here to the present, it’s a place that fosters ideas and creativity,” Kaliner, the Wellesley sociology professor, said about Cambridge. “If that shifts entirely to software and data storage industries, that’s a big cultural shift. If everything is just universities and biotech, it makes for a different kind of city.” 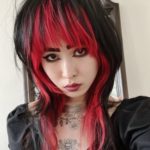