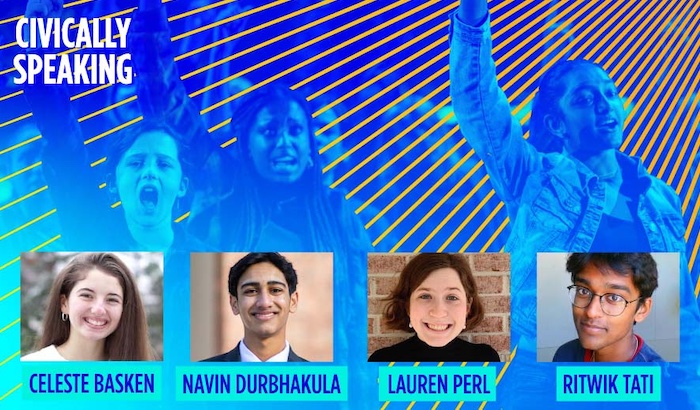 A.R.T. will be hosting an event through its Civically Speaking series, a Youth Climate Activist Roundtable, held on March 29, at 7:30 p.m. During the talk, four climate activists working on the front lines will speak. Celeste Basken, Navin Durbhakula, Lauren Perl, and Ritwik Tati will all share their perspectives on their areas of expertise and describe actions that people can take to have a positive impact on the environment. According to A.R.T., “Today’s young people will be disproportionately impacted by climate change, and so many of them are stepping in to promote awareness and change through the production of educational films, public demonstrations, and lobbying endeavors.”

“We’re honored to open our virtual space to this incredible group of youth climate activists, continuing conversation from our recent productions of ‘WILD: A Musical Becoming’ and ‘Ocean Filibuster’ about the climate crisis we all face. At A.R.T., we embrace the value of regenerative practice to promote the heath and vitality of our planet, our organization, and each other. We are all indebted to the young people in our community and beyond who are working to impact policy and social change.”

RSVP to the virtual event here.