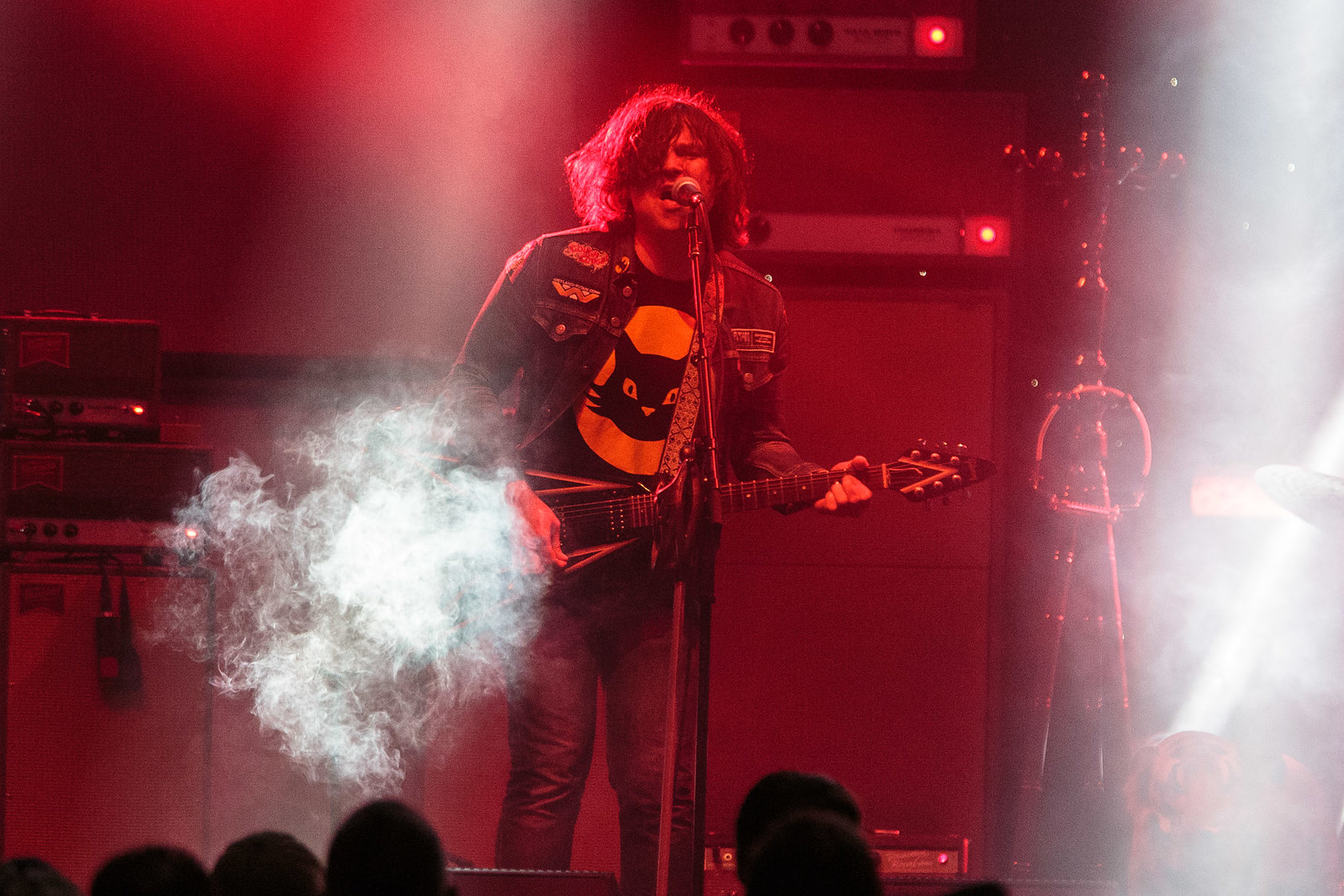 “Let’s have some fun” aren’t the first words you expect to hear from the mouth of Ryan Adams, especially on this particular tour. His latest full-length, February’s Prisoner, is a capital-B Breakup record whose “do you still love me?” and “nothing really matters anymore” refrains lay things pretty bare. And yet, there he stood on the Pavilion stage Wednesday night, ready to start a party with the electric guitars cranked.

Flanked by comically oversized amplifiers, stacks of old tube TVs and life-sized stuffed tigers, Adams and his four-piece band appeared in high spirits. Prisoner’s downer cuts leaned toward catharsis rather than self-pity with some of their latter-80s Springsteen studio flourishes pared back, and there were gems from the expansive Adams back catalog to be found as well. There may not be a catchall solution for heartbreak, but playing your heartbreakers to an adoring audience by a waterfront in the springtime feels like a valid remedy.

Wednesday was just the second night of the season for the Pavilion, Boston’s tented harbor-side venue which remains perpetually at nature’s mercy. Thankfully, the mild cool of the evening suited Adams just fine, and opener Jenny Lewis offered a mellow half-hour that was perfect for the sun to set to. Former Rilo Kiley leader, current solo artist and Nice As Fuck co-founder Lewis traversed her various projects in breezy but captivating fashion. 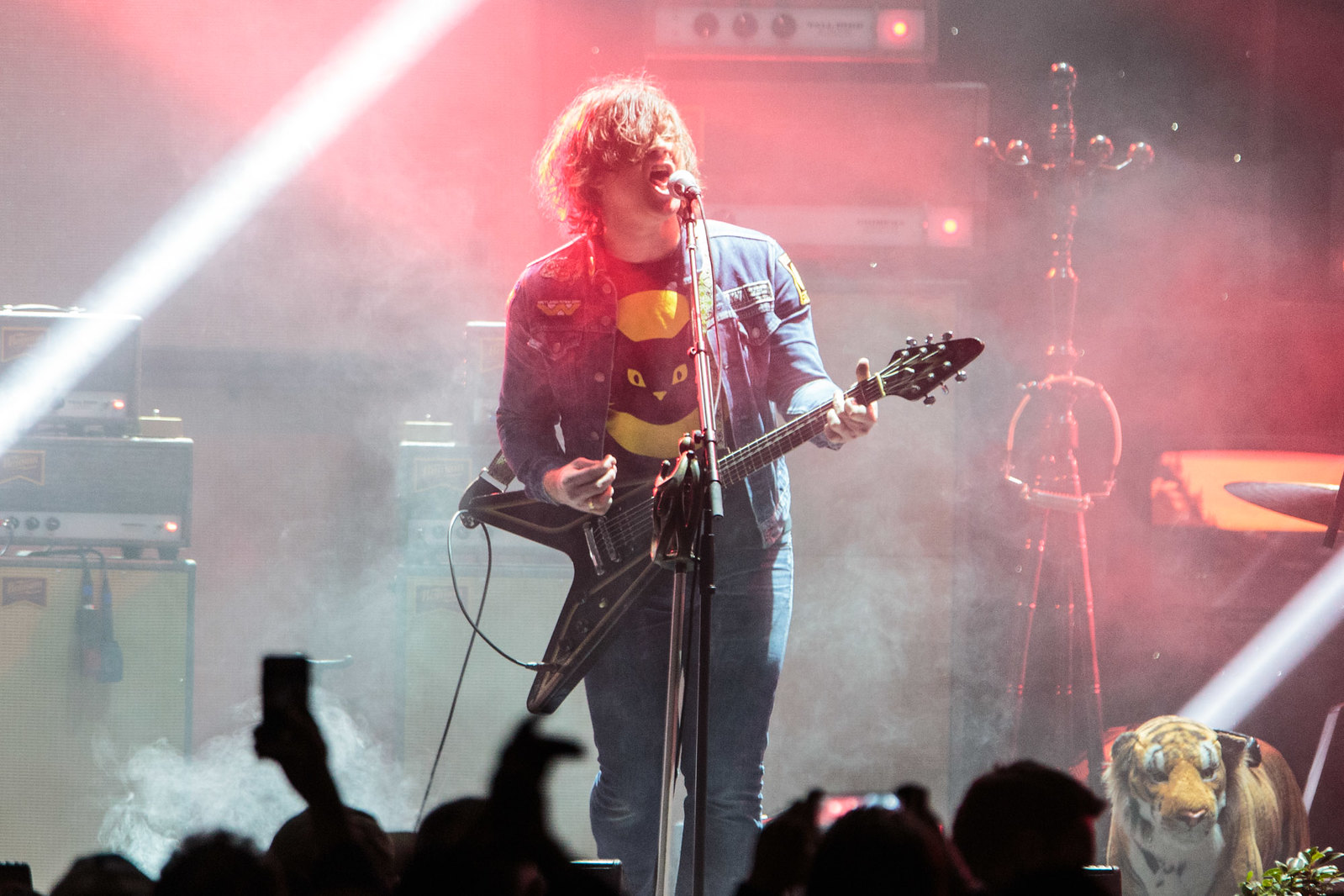