I said it when I last caught up with The National, headlining two nights at a New York City festival of their own curation last year, and it bears repeating now: it’s still a little weird for this band, of all bands, to have made the leap to arenas. But Thursday’s sold-out show at BU’s Agganis was the band’s biggest-ever headlining date here in the city (Boston Callings aside), and they owned the space like the confidently morose pros we now know them to be.

May’s I Am Easy to Find, the band’s eighth LP, is their loosest, most informal body of work yet. The record’s hour-plus sprawl of impressionistic chamber-pop, nigh-ambient interludes and chorus of guest vocalists set it apart from The National’s typically tightly-wound nature, and in turn Thursday’s set traded in some of the band’s more raw and urgent tendencies. There was little in the way of frontman Matt Berninger’s throat-shredding screams, for one. In their place was an intensity of a more brooding variety; a slow-burning set that nevertheless maintained its grip on an adoring crowd.

For the near two-hour show, which pulled heavily from that new record, the band expanded well beyond the confines of its core five-piece lineup, with an ensemble that included three vocalists sharing front-of-stage real estate with Berninger. The results were appropriately stately, successfully shaping the record’s angelic sonics to fit the booming Agganis acoustics that can eat a band alive with the wrong mix. And without a shouty “Abel” or “Turtleneck” to sway the spotlight, some of the night’s highlights came amid those more understated songs; see an elegiac “Light Years” into “Rylan” (a live staple finally given its recorded due this year). 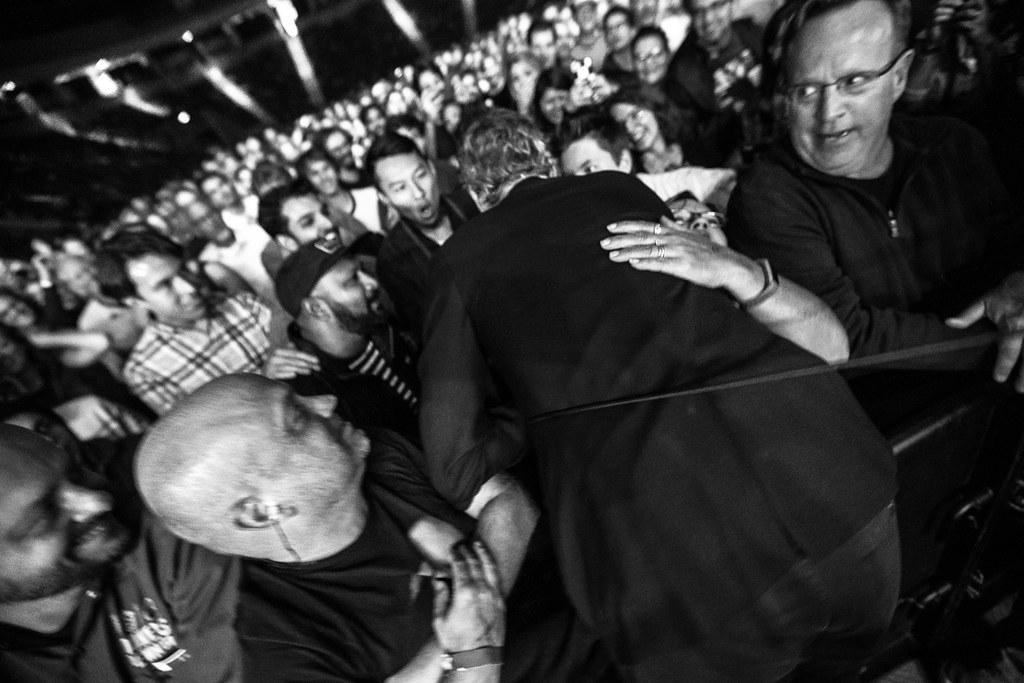 And Berninger, while less histrionic than usual, was no less engaging a leading man. He spent what may have been a record amount of time (in terms of my nine or so National shows) off stage, climbing into the photo pit, crowd surfing in GA and ascending the stairs to the nosebleeds, selling every lyric with trademark wine-drunk magnetism all the while. And while it’s easy bait for a Boston music fan of a certain persuasion, he did earn bonus points for a Morphine namedrop. (Berninger and bassist Scott Devendorf used to see the band play the Middle East back in the days when they shared a Somerville apartment).

The National may remain among our least likely arena rock bands, but Thursday’s show illustrated that they, and their fans, have grown comfortably into the arrangement. The evening ended with multi-instrumentalist brothers Aaron and Bryce Dessner pointing their microphones toward the crowd, and Berninger following suit, for their increasingly-signature acoustic singalong of “Vanderlyle Crybaby Geeks.” While the audience participation portion of your typical show needs some onstage assistance outside of the chorus, Agganis’ 7,000-plus hardly required coaching to carry every last word to the rafters. 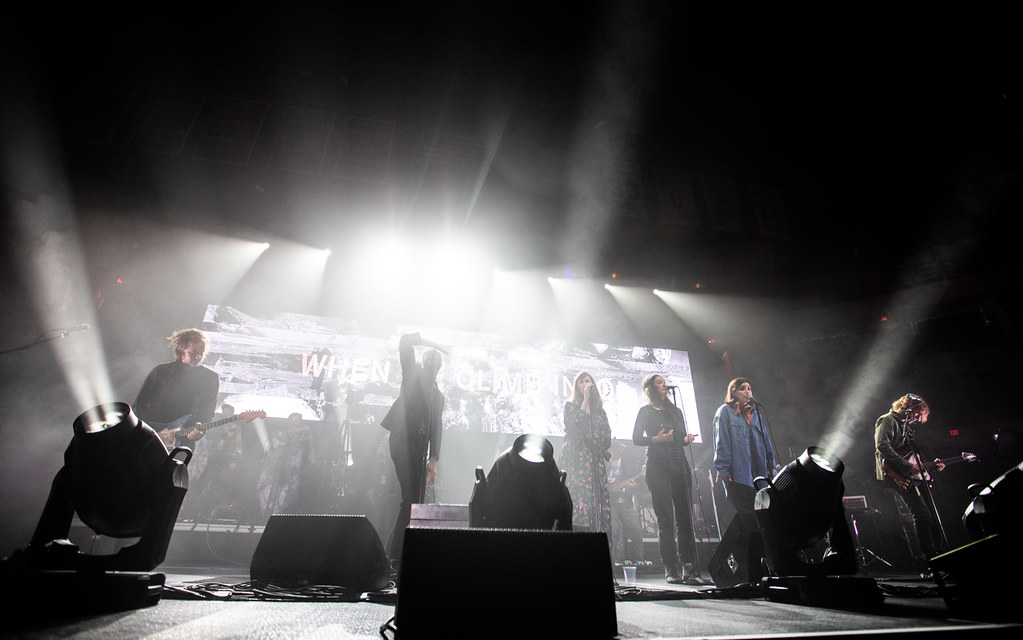