Three years after the Swedish juggernaut reformed to storm up, down and across stages nationwide (nay, worldwide), they jump back to reactivated status by touring in support of their soon-to-be released record, Freedom. Normally you wouldn’t think that a self-effacing culture like Sweden would be brash enough to lift Ornette Coleman’s famous jazz record for their own uses, but in that case it was almost as ground-breaking.

Singer Dennis Lyxzén owns the stage like the women’s UConn basketball team owns the NCAA, only with more elevation. I’ve never seen a tailored suit take such kinetic abuse and stay in one piece; I hope he pays his clothier well. Matt Berninger <<< Nick Cave <<  Lyxzén in terms of natty clothing getting strained to the max on stage, and the sonic detonations going on behind and beside him were 100% controlled fury. Impressive on all fronts.

What do you do to warm up the crowd for that sort of explosion? Well, if you’re War On Women, you pull all the tricks out of the early 80’s hardcore book and hope for the best. Singer Shawna Potter was a compelling front woman, bellowing out screeds about gender inequality while the quartet behind her stoked the engine in short blasts. I gotta say I’ve never seen a band’s merch table give away free tampons and condoms. The revolution lives!

Photos of both bands: 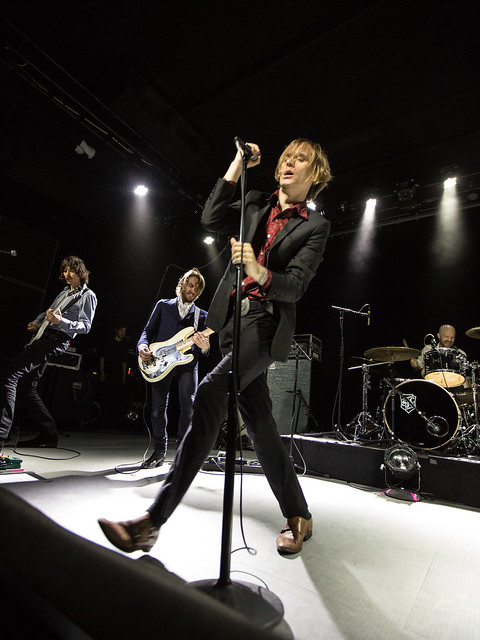