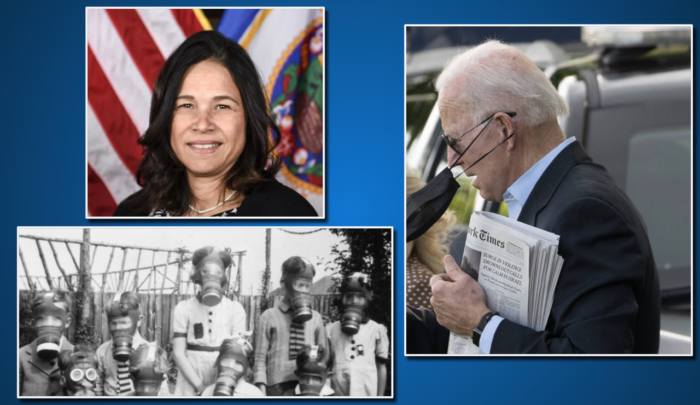 “There was a misunderstanding between me and my team”

Boston Public Schools’ Superintendent, who has been on the job for two years, has yet to obtain the state’s proper educator license—reportedly because things got tough and she simply forgot.

The Boston Globe broke the story just days after the deadline expired for BPS Superintendent Brenda Cassellius to take the state’s teacher certification exam. Cassellius previously said that she planned to take the exam in the months after she was hired, once she had a chance to tour the school system.

Six months later, when then-mayor Marty Walsh announced that the entire school system would close due to the pandemic, Cassellius had still not taken the exam.

Cassellius told the school committee that the pandemic distracted her from her licensing obligations, during the committee’s first meeting since the licensing news broke.

“There was a misunderstanding between me and my team about the category of a temporary or emergency license that was given during the pandemic,” she said in the Aug. 4 meeting. “I devoted my full attention to mitigating the health crisis and the license requirements were waived during the pandemic. We’re still in the pandemic, we’re still mitigating the health and safety of our families and our children and that is taking quite a bit of my time.”

According to Cassellius, despite the pandemic occupying her time she has managed to carve out a free Saturday, and will have finally taken the exam by the end of August 14.

Pandemic or not, it also appears that BPS has a history of failing to ensure all of its teachers are properly licensed. A Fox 25 investigation from 2017 found that BPS had a chronic problem with keeping its teachers’ licenses current, with about 200 teachers lacking up to date licenses.

At the time, the report also noted that city councilor-turned-mayoral candidate Annissa Essaibi George spent 8 of her 13 years as a teacher with an expired preliminary license.

The pandemic continues to rage as more contagious variants emerge, all while Massachusetts students prepare to return to school over the next month.

Despite there being no available vaccine for children under 12, Gov. Charlie Baker is refusing to mandate that school districts require masks at school. Baker has repeatedly said that he would leave it up to the local governments to decide if they want to enact new mask mandates, but that he also thinks it would be a good idea for them to do so.

The Department of Elementary and Secondary Education issued new guidance on July 30 that “strongly urged” wearing masks, without issuing any actual requirements. Naturally, the move drew pushback from the Massachusetts Teachers’ Association.

“Rather than adopt a plan in line with the guidance issued by the Centers for Disease Control and Prevention and the American Academy of Pediatrics, DESE is essentially signaling that students, educators and families should not take seriously the reality of the alarming rise in the number of cases of COVID-19,” MTA President Merrie Najimy said in a statement to media. “This is a reckless decision.”

Three days later, the MTA issued another statement in which they demanded that Baker update the recently-released guidelines to include a stronger stance on masks.

Baker has not yet announced if he plans to run for a third term next year, but potential opponents on both sides have called him out on mask mandates. Declared Democratic contender Ben Downing demanded a mandate, while Republican Geoff Deihl demanded no mandate, since the pandemic continues to thrive as a partisan issue.

The administration of President Joe Biden issued its own set of COVID-19 guidelines on Aug. 2, urging all schools across the country to fully reopen to students in the fall, even as the Delta variant of the corona virus continues to thrive.

The US Department of Education’s “Return to School Roadmap” urges states to resume in-person learning. Instead of requiring masks, the guidelines only encourage them. Most of the document focuses on creating new opportunities for teenage students and parents of students to receive the vaccine.

Meanwhile, the United States finally reached Biden’s July 4 goal for 70% of adults to have received at least one dose of the vaccine, and only about one month late.

Instead of taking the political hit of a nationwide mandate, Biden is leaving it up to the individual states. Naturally, this means that mandates are few and far between.

Only nine states—California, Connecticut, Hawaii, Illinois, Nevada, New Mexico, New York, and Washington—still have indoor mask mandates. Most states exempt those who have been vaccinated.

Meanwhile, Arkansas, Florida, Iowa, Montana, South Carolina, Tennessee, and Texas have all enacted rules through the legislature or via executive order that forbids their local towns and cities from enacting mask mandates.

So far, Arkansas Governor Asa Hutchinson has publicly stated that he regrets signing the law that now prevents him from ordering masks. It remains to be seen if additional governors are willing to openly admit to their own stupidity.