I’m going to let you in on a little secret. Before this weekend, I wasn’t even sure I liked music festivals.

My experiences in the past, with festivals that shall remain nameless, have ended with me paying a lot of  money to see brief sets which rowdy fans would ruin by yelling something idiotic or worse, vomiting.

Music is precious and when someone puts their all into a set, there is nothing like it.

During a totally different conversation during The Middle Brother’s set on Sunday, a friend lamented that everyone deserves a second chance. These sort of epiphanies are not uncommon at Newport by the way, where everyone from the artists to the audience draws inspiration from the energy at the festival.

Festivals deserve a second chance too. I am sorry I was wrong about you. Especially you, Newport Folk Festival.

Before I even got there, I heard the Newport Folk Festival is special; the camaraderie,the inevitable folk family you establish by the end of the weekend, the spontaneous performances by the likes of Christopher Paul Stelling and Langhorne Slim during open mic.

Artists, both established and emerging, consider it a crowning achievement to be asked to play.  Brian Fallon, who played on Sunday for the second time, drove up from New Jersey for the day and commented to the crowd that he was excited to play this particular festival again and he isn’t someone who “gets easily excited about festivals.”

The sets were meaty and distinct. I was constantly surprised. Everyone was so nice and no one was even remotely in the area of obnoxiously drunk, because the special thing about Newport that everyone from the organizers and staff to artists and fans share is the undying love and respect for music.

Many come with a purpose; seeking inspiration, to find – or lose –  themselves, to make sure good music is still getting heard.

Festival favorite Matt Logan Vasquez, who is currently touring in support of his first solo album The Solicitor Returns, played a solo set on Friday and reunited for a much anticipated performance with Middle Brother on Sunday, noted to Dig Boston that the festival “has a unique culture that inspires inclusivity.” Indeed, Vasquez has a pleasant and easygoing demeanor, even despite the fact he was up late with his teething 10-month old. He was most excited to see Nathaniel Rateliff and the Night Sweats and perhaps it is because of this culture he was brought on stage for their soul shakin’ closer “S.O.B.”

Most of Day 3 had a mellow vibe to it, but not melancholy. This could be because most people knew they would be coming back next year or simply that they were enjoying the plethora of sets that filled the day.

The festival’s closing lineup was fierce and included a much buzzed about lineup which included Elvis Costello, who was flanked by Dawes and Larkin Poe, Edward Sharpe and the Magnetic Zeroes and Alabama Shakes.

Alabama Shakes performed the last set of the night, injected a final burst of energy into the crowd as they took the stage with their rock burner “Future People.” Brittany Howard told the crowd from the giddyup how it was going to go down “you give me a little, I’ll give you a little” and in signature Newport spirit, they danced into the night and mutually tipped their straw hats to another historic year.

Click on the photo below for more images from the third and final day of the festival: 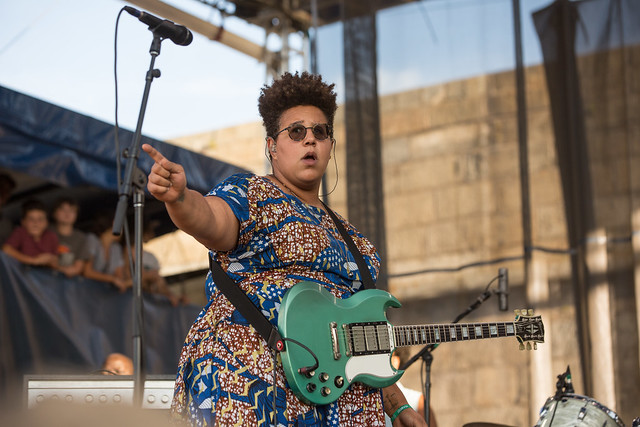 NOTES FROM THE PANDEMIC: 6.20.20 DIGBOSTON UPDATE

The worst 100 days: our timeline of coronavirus in Mass (so far) …
Read More

“While we were fighting police brutality and COV

"Everybody in Lettuce has an inside joke we say wh

"There is no care in the way we get this important

“As we move forward in reopening, I think it is

“We live in the United States of America, and to

When it comes to local #dining spots, what you see

with AAMARP artists set to protest the latest @Nor

“The lack of real human connection that can be a