I hadn’t experienced one since a visit to New Orleans before the pandemic, and it didn’t disappoint

I was recently in Quincy Center and did that thing where you google “breakfast near me.” One of the first places that came up was Cucina Mia, a deli and cafe. I’d been looking for a greasy spoon, but news of this Italian spot struck my interest. I’m originally from Hyde Park, and those who know the southern throes of Boston well are aware that Tutto Italiano is a crowd favorite for sandwiches. Could I have stumbled onto yet another jewel that’s not in the North End or downtown?

I drove down Washington Street looking for Cucina Mia, but accidentally rolled past the place because it’s hidden on a block alongside a dry cleaner and local driving school. Upon making an illegal u-turn to get a better look, I saw that it was worth my while—checking through the floor-to-ceiling front windows, I saw that they had breakfast sandwiches as well as plates, but more enticingly, they also had these beautifully handwritten chalkboard menus with Italian sandwich selections. In that sense, I guess I found another Tutto after all (though without the dry goods and deli counter).

Inside, I was greeted by some friendly faces, including one of the owners. The place is set up for eating in or ordering out, and I sat at their diner-style counter to take my time exploring their many offerings, including two or three soups which change daily, one of which, on the day I’m there, is pasta fagioli, a classic Italian comfort food that for some reason is difficult to find around this region. And then I saw another rarity—a muffaletta sandwich. I hadn’t experienced one since a visit to New Orleans before the pandemic, and had to have it. It didn’t disappoint—Cucina Mia gets bread delivered daily, and the ciabatta was so fresh there was still flour covering the top. The cold cuts on the inside, meanwhile, were sliced perfectly, with prosciutto so thin that it melted on my tongue like warm cheese. And the olive spread, the star of any respectable muffaletta, was perfectly chunky and salty.

I brought home some pasta fagioli for my daughter, who is somewhat of a soup connoisseur (although a picky one),and she gave it two thumbs up. Full of pasta and beans in a delicious tomato and herb stew, the soup was basically itself a meal.

Beyond savory prowess, Cucina Mia also offers freshly baked goods that are all made in house. While I was there, cooks kept on pulling tins of muffins out of the kitchen oven. I’ll be back soon to sample all of it.

Based on my first trip there, I can confidently say that Cucina Mia is family owned and it shows. The staff is friendly, the food is delicious, and overall it feels like someone cares about the food they sell and produce. It’s nice to walk into a place you’ve never been and get treated like you’re a regular, especially these days. Don’t wait until you find this spot by accident; as far as I’m concerned, it’s a destination. 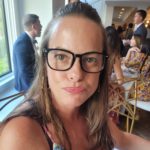