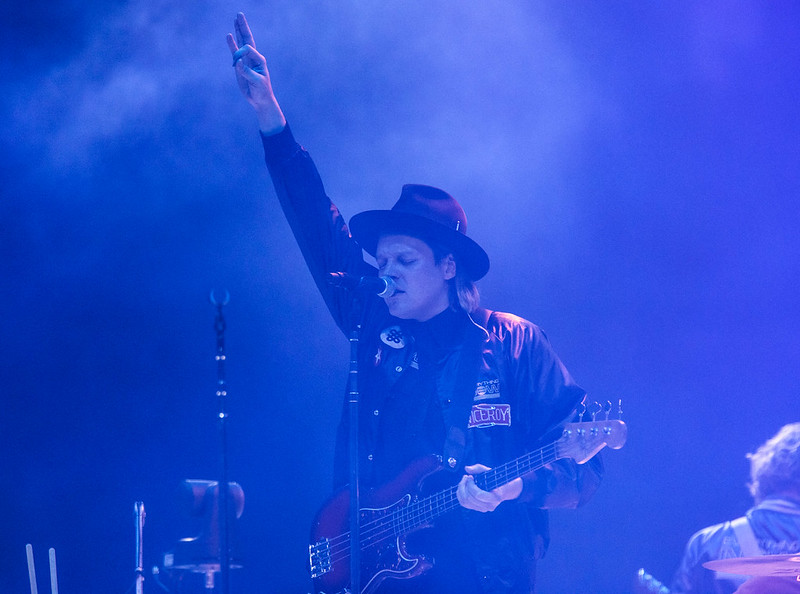 Strange as it may have seemed once, former indie rock darlings Arcade Fire have settled comfortably into the role of festival and arena headliners. Their shows behind 2013’s ambitious, danceable odyssey Reflektor proved what “Wake Up” had always suggested: that the band’s anthemic sound could fill huge spaces without losing its heart. Four years later, however, an undercooked new record on the heels of the most profoundly irritating PR campaign in recent memory cast doubt upon Arcade Fire’s longevity in that department.

While Reflektor was a reach in many ways, its numerous highlights made its occasionally messy double-album sprawl and seemingly endless rollout forgivable. The largely uninspired Everything Now couldn’t do the same for weeks of fake album reviews, fake websites, fake Russian spambots and (regrettably) real fidget spinners. A group that once thrived in earnestness traded it in for a grating sense of humor that seemed to be deliberately eroding its audience’s goodwill, without a whole lot to show for it musically. It all raised the question of whether Arcade Fire’s late summer tour was going to be much fun at all.

At TD Garden on Friday night, the initial prognosis wasn’t great. A jubilant opening set from the Preservation Hall Jazz Band got the early arrivals dancing, but soon a cosmic cowboy with a faceless void for a head began half-jokingly hawking merch in Arcade Fire’s pre-show visuals. The start of the set itself found the band introduced as boxing contestants and led into the “ring” serving as the stage in the center of the general admission floor. Thankfully, there wasn’t an exceptionally long wait for a glimmer of the band’s charm to shine through. They have written some miraculously good songs, after all, and “Rebellion (Lies)” – third on the setlist – is surely one of them.

Playing to all four sides of the unconventional, occasionally rotating stage structure and augmented by an all-angles light show, the band sounded great and executed a stylish visual presentation throughout a lengthy set. They also knew to balance out those new songs with enough gems from their back catalog to satisfy.

The show’s second half was its strongest, beginning with a welcome dose of sincerity via the sparse “Neon Bible” and segueing into a Suburbs suite including the title track and a dazzling “Sprawl II” – the ideal vision of Arcade Fire as artful electro-pop act. The fog-drenched rocker “Creature Comfort,” wisely saved toward the end of the night, was the strongest of the new songs, which otherwise ranged from pleasant (“Electric Blue”) to cringe-inducing (“Chemistry”), but mostly didn’t overstay their welcome.

As the encore concluded with “Wake Up,” the charging 2004 Funeral cut that boasts one of the great wordless choruses in modern rock history, it wasn’t hard to remember how and why Arcade Fire have made it this far. It was also a bit easier to feel less frustrated by their missteps in the meantime. 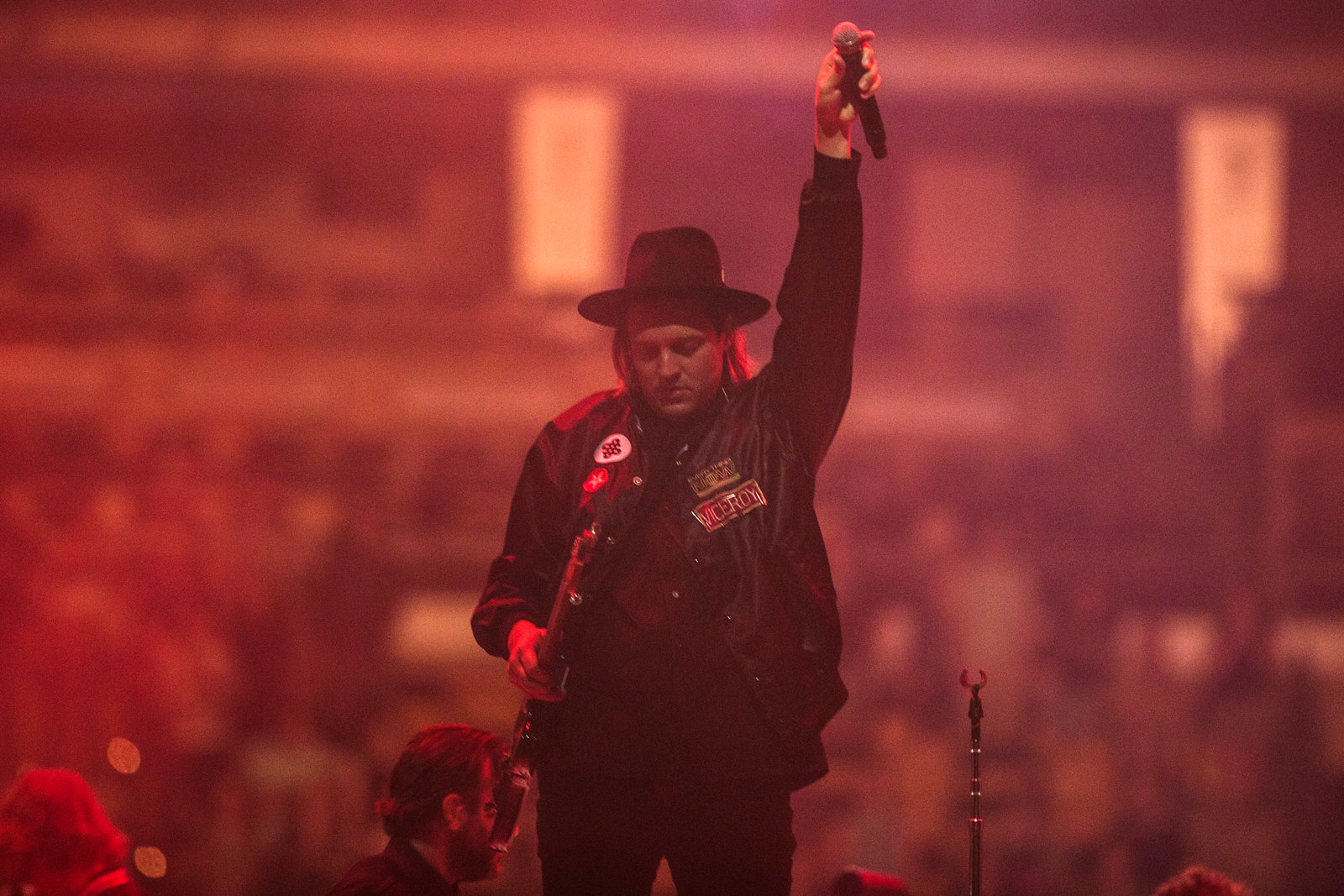